Want to know how to solve the Resident Evil Village Riverbank treasure house puzzle? There are plenty of optional puzzles in the game, but one of the more out-of-the-way ones has to be the Riverbank house. On the map it’s situated close to Dimitrescu Castle, but it’s only really accessible later in the game, once you have the crank from Moreau’s Swamp.

Getting to the Riverbank house is one thing, but the puzzle inside is a bit of an ordeal. It’s another brazier puzzle similar to those found within the castle, only this one has an added layer of complexity that is never really explained beforehand, or used since. Solving the puzzle will give you some valuable treasure to sell, so it’s worth the fiddly execution

You’ll get more than just treasure from completing this puzzle, too – the solution unlocks an achievement granted for burning a monster with a torch. It’s not required to complete the game, but if you’re looking to complete the game 100%, we have you covered. Read on to learn the location and the puzzle solution for the Resident Evil Village Riverbank treasure house.

You’ll need to have the crank to access the Riverbank house. Once you do, head to the Altar where you place the vials in the pedestal. Once there, head west towards Lonesome Road, heading back to the bridge just before the Ceremony Site. To the right there is a drawbridge that you can lower with the crank. 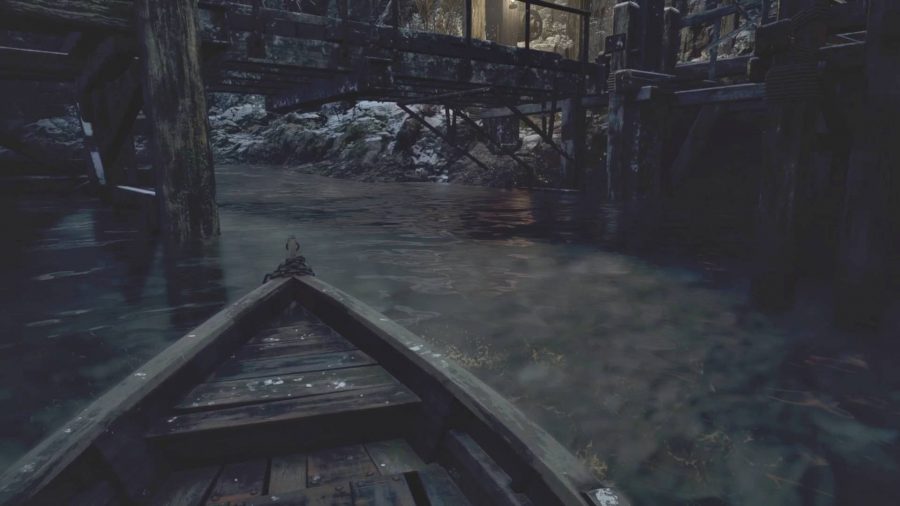 Inside the Riverbank house, you’ll find a flaming brazier that you can attack or walk into to swing. There are three unlit torches also in the area that, when lit, open the door on that side of the room. You should be able to light two of them with relative ease by manipulating the swinging brazier until it hits them. The third one though is a little more out of reach however, so you’re going to have to do something slightly unorthodox to light it.

While one door conceals a lot of Lei, the other side is relatively barren except for a conspicuous hole at the back of the room. As you approach, an enemy will emerge from underneath. Now, we know it’s tempting to just kill it and get it over with. If you do this, another one will appear from the same hole moments later, and they’ll keep appearing whenever you kill them. 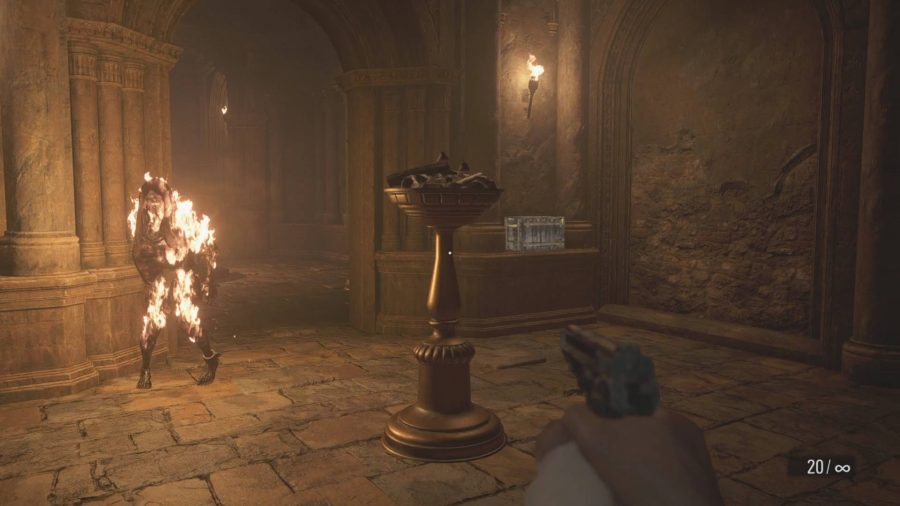 As it turns out, this monster is the key to solving the puzzle. Swing the brazier at the monster just once. This will set the monster alight and any further damage from the swing will kill it. Instead, lead the monster to make contact with the third torch, lighting it and opening the door. You can then go ahead and kill it. After opening the door, no more monsters will spawn in this area.