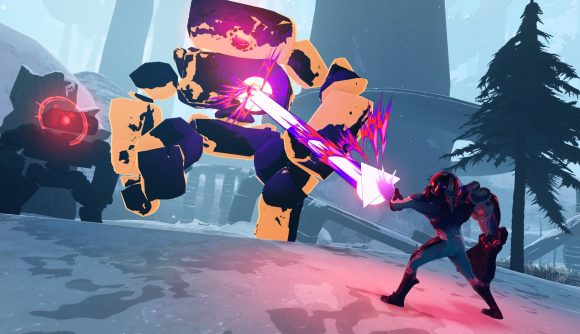 The upcoming expansion for roguelike action game Risk of Rain 2 will add an all-new endless mode called Simulacrum. The developers have revealed the new mode in a lengthy gameplay video that also shows off one of the new survivors coming with the expansion, which is officially titled Survivors of the Void.

First off, though, is Simulacrum, a new endless wave-based mode that takes place inside a massive computer simulation. According to the lore, the simulation is meant to assess the threats posed by some of Risk of Rain 2’s locations, but what that boils down to for players is a series of familiar locations that each has a fresh spin on it – they’re the places you know, “yet somehow… different”, developer Hopoo Games says.

You’ll have to take on increasingly challenging waves of enemies, either solo or in co-op with friends, and there’s a tough boss that’ll spawn every five waves. Some waves will have mutators that make the fight a bit tougher, but after each one you’ll all have the chance to pick from three items in a Void Potential. That’ll give you an extra bit of control over your build as the waves get harder and harder. 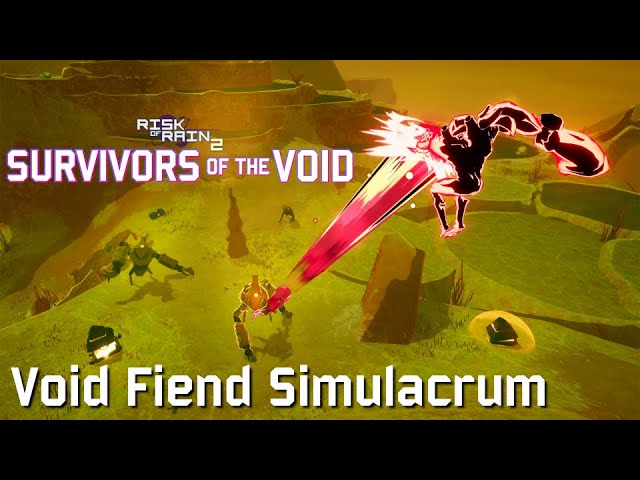 Another wrinkle in the Simulacrum is that you’ll have to stay inside a designated safe zone during each wave. Power-ups and items will spawn on the level as usual, but venturing outside the safe zone will cause damage. Fortunately, you’ll have a chance to pick some stuff up after each boss battle when the safe zone moves.

Survivors of the Void launches for Risk of Rain 2 on March 1.