It’s all about the click. That’s been the design imperative behind the new Roccat Kain gaming mouse; to create a new rodent with the absolute best click for maximum precision and all that good game-ready stuff.

The Kain 120 is the middle order version of the new range – there’s also a Kain 100- and Kain 200-series, with the main differences being the choice of sensor, and either the use of a more restrained, non-RGB strewn aesthetic or a wireless connection. The standard versions are all black, while there are also white versions, denoted by the fact the code number finishes with a ‘2’ like this Kain 122 AIMO I’ve been testing.

Roccat’s general design for its gaming mice has tended towards the more traditional gamerified looks – all RGB LEDs, cut-outs, and sharply angled buttons. But the new Kain design is very much in keeping with the recent tonal shift in a great many gaming peripherals – as a result it’s a less-fussy, simple, low-key design and, personally speaking, all the better for it.

After all, do you want your gaming mouse to be some over-designed ergonomic nightmare that’s more form over function, or do you want something that’s been created specifically for gaming performance? My guess would be the latter. Else you should probably go read about some T-Wolf monstrosity instead.

Still here? Then let’s talk about what Roccat has done in making the new £62 Kain 120. For most of us the key specs for a gaming mouse revolve around the choice of sensor and the ergonomics of the mouse design, but while that has obviously been a vital part of the creation of the Kain, the focus has really been on the actual buttons themselves.

With this new mouse Roccat has brought back the Titan name it used for the custom-designed mechanical switches it used for the Vulcan keyboards, and is applying it to the buttons on the mouse. The Titan Click tech is a different take on the button-pressing mechanism of its previous gaming mice, designed to create more “accurate and responsive controls.” 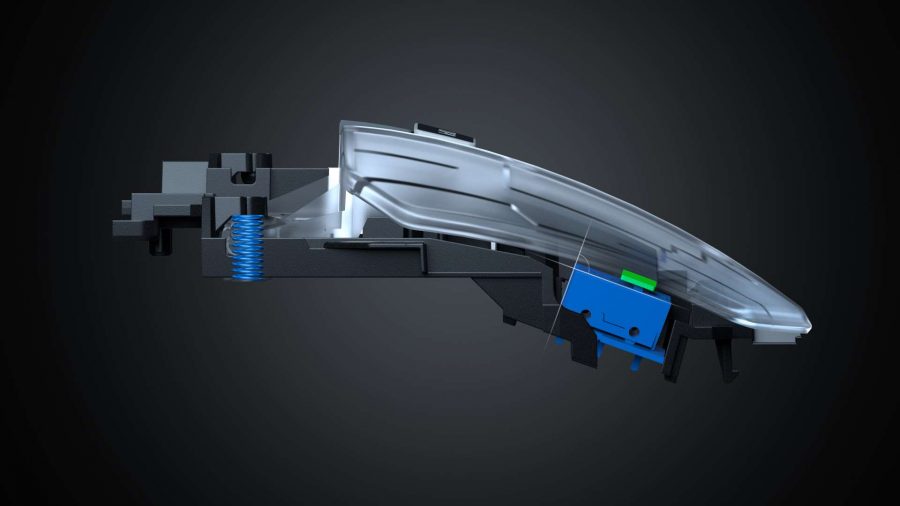 The Omron mouse switches, apparently a Roccat-exclusive variant of the classic tech, have been mounted higher up in the chassis so they are positioned right underneath the actual mouse buttons themselves. In previous designs the switches have been mounted on the base PCB of the mouse, meaning that the button has to push a something else down into the switches, ensuring a longer travel and a minutely slower click response.

With the combination of this hardware design and the accompanying signal processing software Roccat claims to be able to register a click some 16ms ahead of the gaming mouse competition. That’s not a huge amount of time but could make the difference in the twitchiest of fast-paced shooter… it means your character could react around one frame ahead of your competition, running at 60fps.

You’re going to have to already be at the top of your abilities for that to make a huge difference to your gaming experience, but along with the 1,000Hz polling rate it gives you confidence that latency isn’t going to be an issue for the Kain 120. Pair that with AMD’s recently announced Radeon Anti-Lag feature for its RX 5700-series cards and you could be looking at getting a bit of a competitive advantage over your enemies online.

But whatever the actual response time of the new Titan Click mechanism, it feels great. The design feels solid, robust, and each button – left, right, and middle – has that same very definite click. That said, it does make the forward/back buttons on the side of the Kain 120 feel rather insipid by comparison. 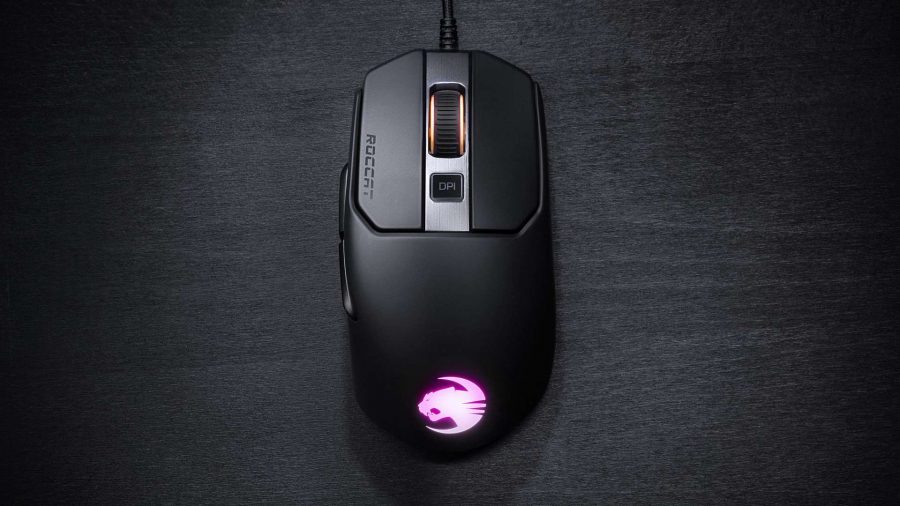 We have been told by Roccat, however, that this was something picked up in the initial run of test samples, and so for the final release mice the side buttons will be firmer.

“We increased the needed pressure on the buttons,” says Roccat, “so they should be more snappy and less loose.”

In terms of the rest of the design, I’m a big fan. This move towards a more restrained gamer aesthetic is more than welcome in PCGN’s hardware corner and, unless you’re a sinister left-hander, that simple chassis feels really comfortable. It’s worth noting that, while it might look ambidextrous in a top-down shot, the Kain has very much designed as a right-handed mouse.

It’s maybe not a big thing, but the textured coating of the white Kain 122 mouse I’ve been testing feels really good in the hand too. It sticks to your digits, but in a reassuring not-going-to-slip-out-of-my-hand way, not an icky gross way.

It’s also not a big mouse, but a palm grip works as well with the ergonomics of the Kain as does my personal claw grip preference. And that’s partly thanks to that Titan Click mechanic again, allowing for the same response wherever you press down on the hinged mouse buttons.

Under the hood the Kain 120 is rocking Roccat’s PixArt-designed Owl-Eye optical sensor, offering a maximum DPI setting of 16,000. Though you’re going to need a vast wall of big-screen monitors to make running at that sensitivity anything but a twitchy nightmare. 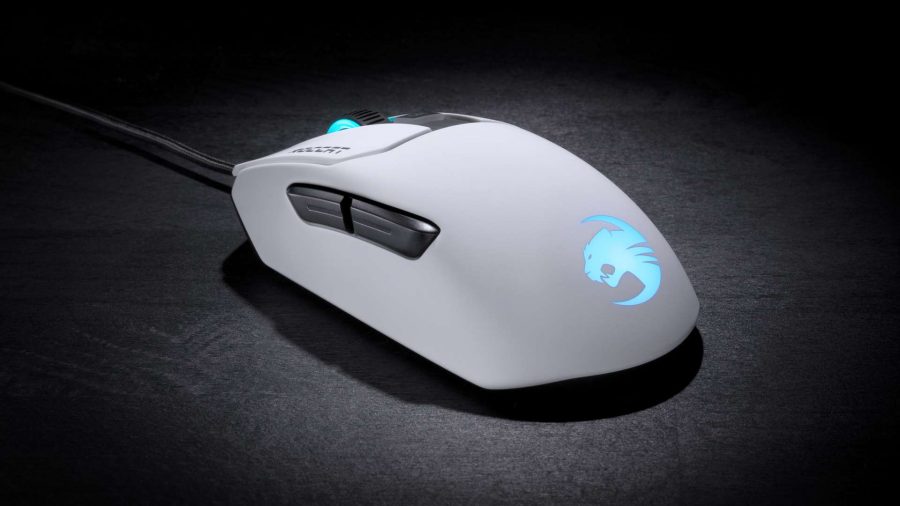 The Kain design is also following the modern tradition of lightweight gaming mice too. At 89g it’s not quite in the same realm as the freakishly featherweight Cooler Master MM710 mouse, with its implausible weight of 52g, but it’s still pretty light.

There are few slight omissions on this new gaming mouse, however. There’s no FPS-conscious sniper button that many recent rodents sport, and the mouse wheel has no left/right scrolling options either. And then there are those slightly loose-feeling side buttons too. But none of those are deal-breakers, especially when those buttons are stiffened up too.

While the Roccat Kain 120 maybe isn’t the most revolutionary gaming mouse out there, it still feels solid, robust, reliable, and great in the hand. It promises to deliver a competitive advantage in online gaming thanks to its rapid response Titan Click mechanic, but though I’m not skilled enough to be able to testify to that specifically, the lightweight Kain never felt once like it was getting in the way of my game.

The simple, restrained look of the Kain 120 belies the redesigned Omron switch layout inside which makes this an incredibly responsive, if not necessarily revolutionary, gaming mouse.