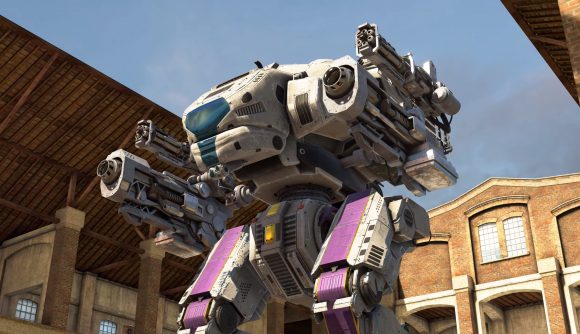 Videogames often offer moments of levity and, now and again, a good laugh. So perhaps we should have been more prepared for the Serious Sam 4 trailer that debuted at today’s Future Games Show at Gamescom, which opens with a minigun-toting ‘Serious’ Sam Stone asking a nice old Italian lady how to get to the Vatican.

“It’s easy!” she obliges. “Go around the Castillo” – this would be Rome’s Sant’Angelo Castle, located on the north bank of the Tiber River – “and go around through the park. Go straight ahead, and there you can find Papa Mobile.” Her directions are, weirdly, accurate – that’s actually how you’d get to the Vatican in the real Rome. However, the version of the popemobile in Serious Sam 4 has had some upgrades. It’s a PopeGundam, made for some kind of papal MechWarrior. A BattlePope, bristling with guns and decked out in gold and purple stripes that look a bit like Lenten vestments.

“It’s the new papamobile,” the woman explains, chuckling as Sam grumbles about popemobiles not really being his style. “Il Papa had it made special. You’ll see – it’s good!”

She’s right. It is good. Here’s the trailer: 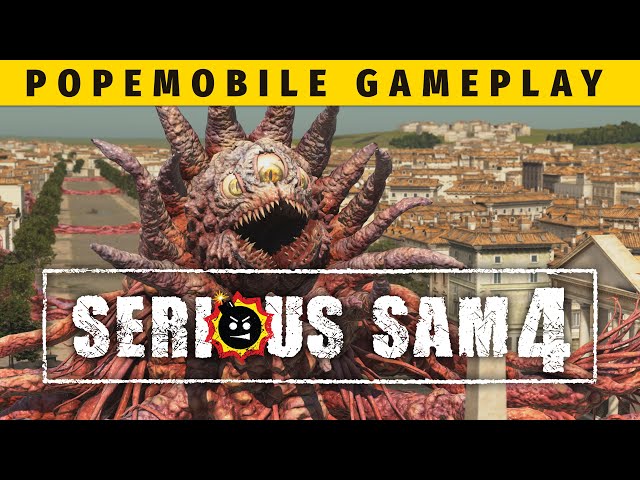 What follows is a montage of Sam using this new popemobile to lay holy waste to an onslaught of extradimensional monstrosities. “The pope,” Joseph Stalin supposedly once asked, “how many divisions has he?” Who cares? Now he has a mech.

Turns out that’s a good thing, because when Sam arrives in St. Peter’s Square, there’s a tentacled pink monstrosity waiting for him that makes his papal gundam look like Wall-E in comparison.

Serious Sam 4 has been delayed until next month, but now that we’ve seen the new popemobile in action, we’re more excited to start on Sam’s next adventure than ever.