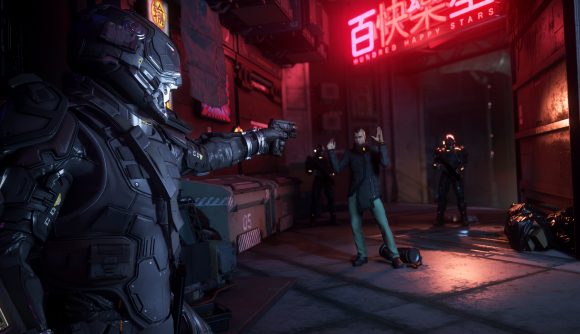 Crytek has reached an agreement to settle its lawsuit against Star Citizen developer Cloud Imperium Games. It’s a pretty clear sign the years-long litigation is finally coming to a close, and according to the most recent court filing, the parties need only to submit a joint agreement to the court to dismiss the matter.

Crytek’s complaint was that Roberts Space Industries and Cloud Imperium Games had secured the rights to one CryEngine development license for the production of Star Citizen, but had wound up using the technology to develop another, separate game in Squadron 42.

Attorneys for the two companies have argued over what constitutes a ‘separate game’ under the CryEngine license agreement signed in 2012, with Star Citizen’s lawyers at one point writing that CryTek had sacrificed “legal sufficiency for loud publicity.”

At the beginning of the year, CryTek sought to dismiss its case “without prejudice” in light of its belief that Squadron 42 wouldn’t be launching by the time set for a trial, a situation that would have rendered its case essentially moot. That option would have left open the door for CryTek to re-file its lawsuit once Squadron 42 had launched.

The back-and-forth between the companies, however, has apparently ended, and they have come to mutually-agreeable terms on the matter. A notice filed February 20 with the U.S. District Court for the Central District of California’s Western Division says CryTek and CIG have reached a verbal agreement to dismiss the case. The notice asks the court to grant the companies 30 days to fully document the agreement and carry it out.

What those terms are we may never learn – out-of-court settlement conditions usually aren’t made public. We also don’t know whether this brings us any closer to a Squadron 42 release date. Hopefully, we’ll find out more about that soon.