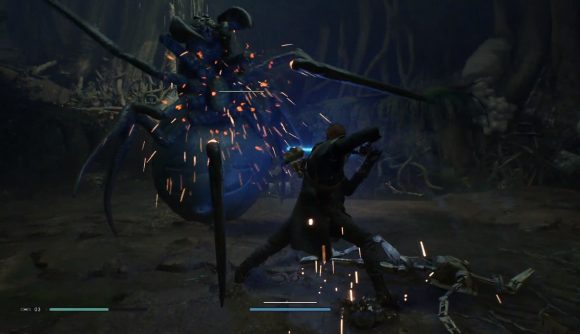 Notably, at no point in the gameplay demo did Cal ever pull out a firearm. Instead, he used Force pull and push abilities to throw Stormtroopers to their doom or to wrench them toward himself for brutal-looking finishing blows.

One power lets Cal slow time around another entity, freezing enemies in place or even stopping blaster fire. In one encounter, Cal pulls a trooper who had been firing at him forward, and then pushes him back, into the trooper’s own blaster bolt.

Jedi: Fallen Order will be out November 15, and we’re definitely excited to see more.