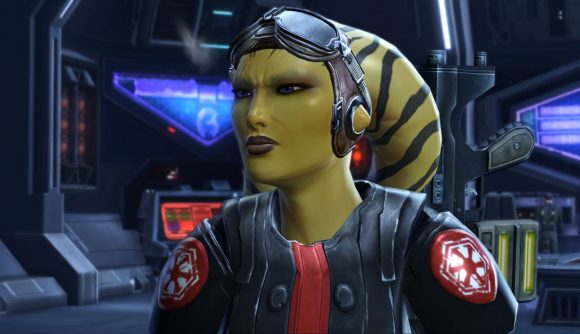 Changes on the way to Star Wars: The Old Republic are going to drastically expand players options for character customisation in the MMORPG, which is now celebrating its tenth anniversary. With the game splitting classes into origin stories and combat styles, a new world of possibilities will exist: a Republic trooper who uses the Imperial agent’s sniper rifle, or even a Sith warrior who fights like a Jedi knight.

It’s a big change on its own, of course, and adds considerably to the role playing options players will have when they decide to either begin The Old Republic’s storyline anew or hop into the new Legacy of the Sith expansion. But creative director Charles Boyd hints that the new system also opens up additional possibilities in the future – although he’s not ready to talk specifics just yet.

“We haven’t announced any new combat styles or anything, or any plans to that effect,” he tells us. “But separating [origin stories from combat styles] makes that a lot more achievable for the future – so you know, that’s certainly a possibility.”

Boyd stresses that there’s no set blueprint for what’s to come at this time, but the possibilities are effectively endless.

Does that mean General Grievous-level endless?

“Grievous, I think, would have to have a whole story too, just to be a four-armed cyborg with spinning hands – that probably should have more context,” he says. “But I’m on the record many times as being a big cyborg fan. I hesitate to put too much to it, because we don’t know where it’s going to go yet. But I love the melee weapons in Star Wars: the vibroblades and electrostaffs and all that kind of stuff. I think it’d be cool to have more melee options on the tech side, for example.”

Each new piece of Star Wars media – games, movies, shows – introduces its own new gear to the universe, Boyd says, and there’s plenty to draw from in The Old Republic as well.

“In the Knights of the Fallen Empire and Eternal Throne expansion, you saw the cool knights who had a shield and a pike with a lightsaber on the end, that’s really cool,” he tells us. “Not saying any of those are definitely happening or not happening. But I think we have a lot of different places we could draw from and are excited to look into.”