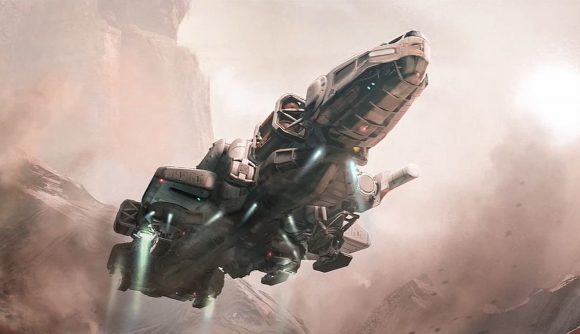 If you’re as bonkers about RPGs as we are at this orange site right here, you’ll know that yesterday was the tenth anniversary of Skyrim‘s debut. To mark the occasion, Bethesda launched a new Anniversary Edition of the iconic fantasy game, fans celebrated in all kinds of ways, and the studio put on a concert of Skyrim music – but it wasn’t all about the birthday Dragonborn. We also got a good new idea of what Bethesda’s upcoming space game Starfield will bring.

From about the 51:12 mark onwards in Bethesda’s Skyrim tenth anniversary fan celebration and concert video (below), the studio makes the leap from the Dovahkiin’s adventures to Starfield. Composer Inon Zur introduces us to the London Symphony Orchestra playing the ‘Starfield Suite’, which is accompanied by a pretty generous batch of new concept art to ogle.

As you can see in the gallery below, the studio’s given us a really good sense of Starfield’s worlds and feel. While it’s concept art, so won’t necessarily reflect the exact places we’ll get to head to in-game, it gives us an idea of the game’s tone and style. There are scenes that seem more familiar and inspired by the sci-fi and cyberpunk genres – the piled-high cities full of neon above and vendors bustling down below, and the retro-futurist spaceships, for example.

Then there are the places that seem utterly otherworldly, with the sweeping, stream and tree-flanked boulevard, the strange planets’ various biomes, and the settlements and cities lodged in the mountains or cliffs. Here’s the gallery of concept art we’ve thrown together from the concert: 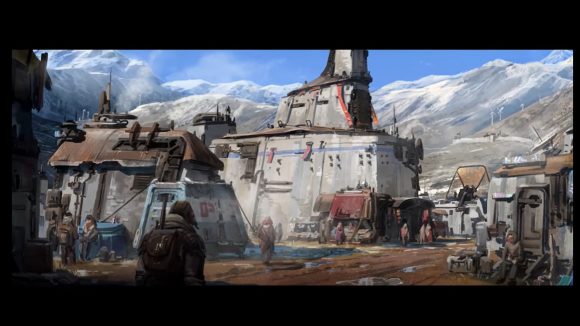 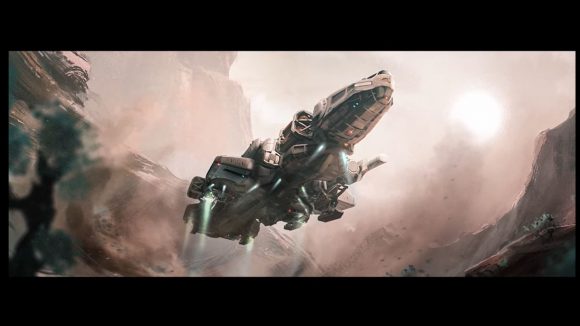 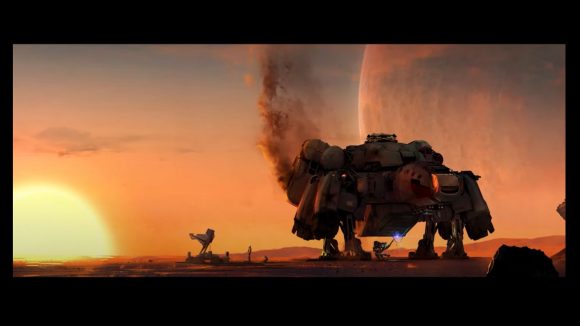 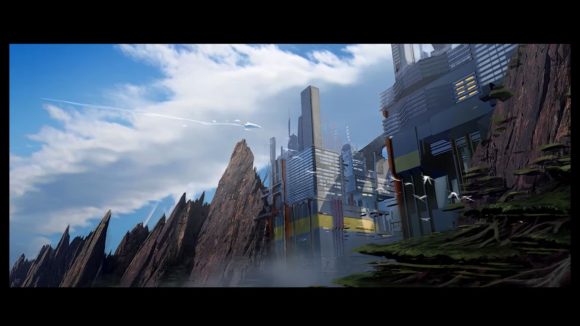 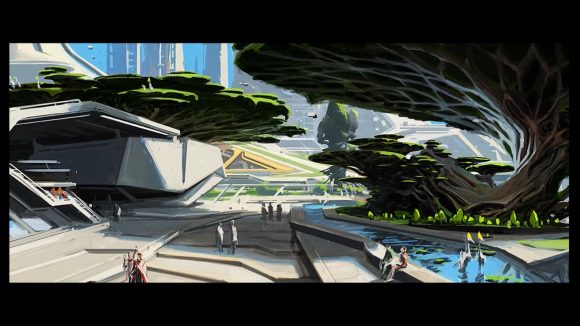 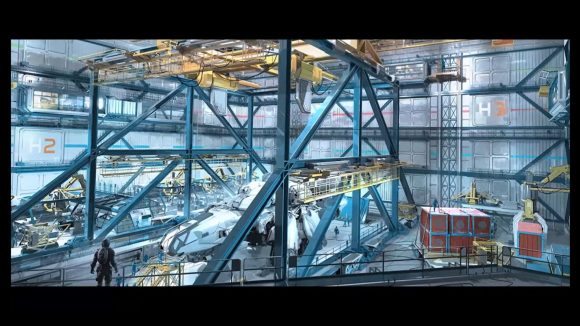 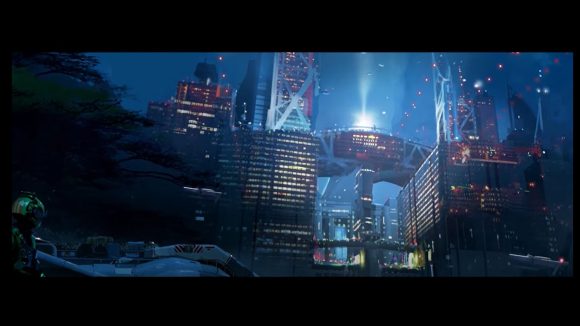 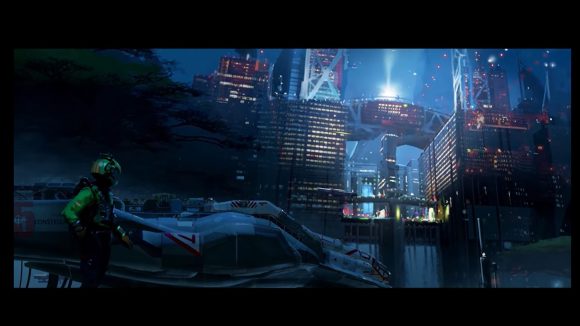 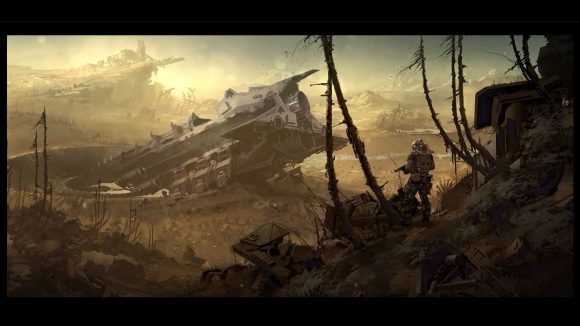 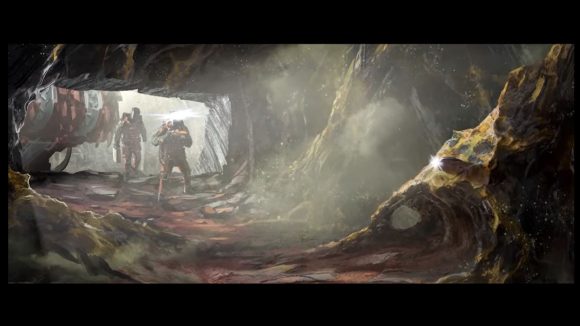 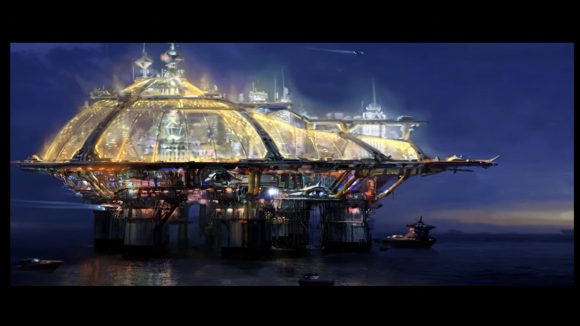 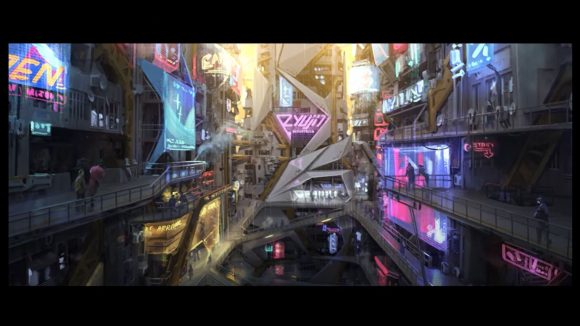 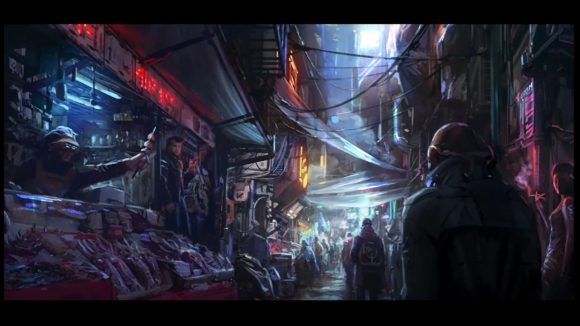 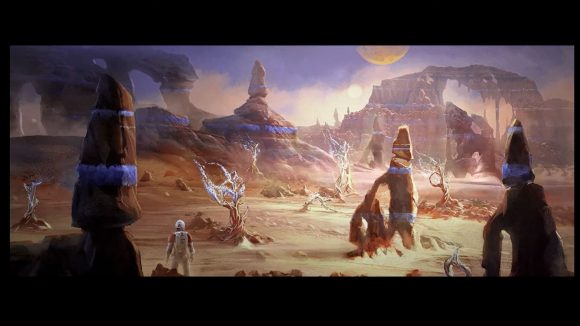 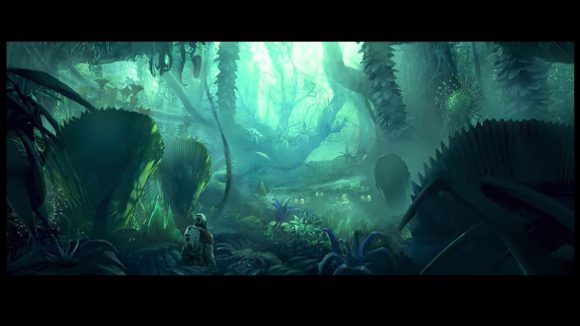 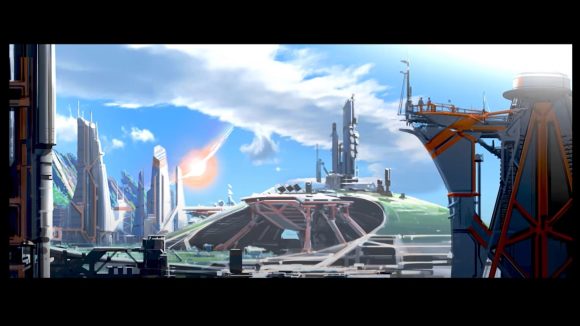 And here’s the celebration in full if you want to see them in action – Bethesda pans across the images and adds charming little animations to some, which can give you a better sense of them in footage: 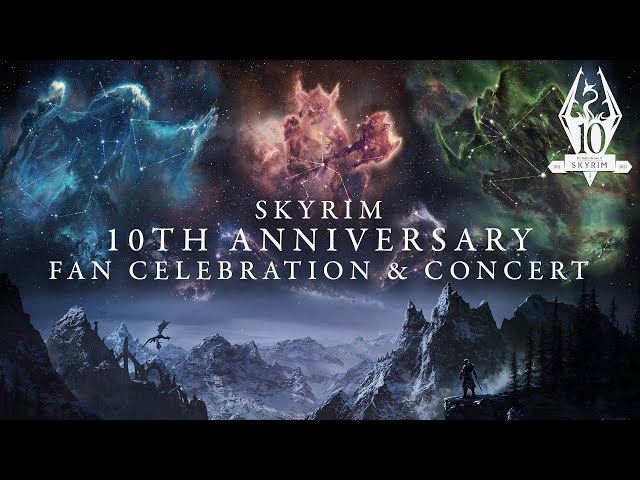 The Starfield release date is November 11, 2022. You can head to that link to get an idea of what’s coming up – in less than a year now, in fact.