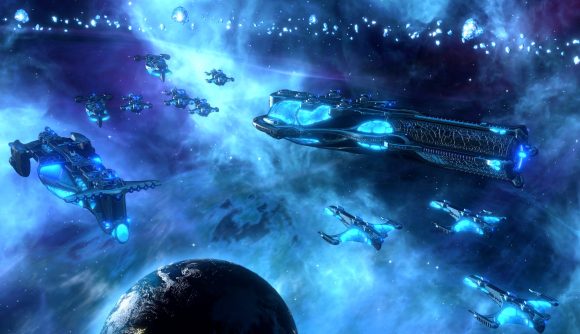 Paradox announced two new grand strategy game expansions earlier in the week – EU4’s Origins immersion pack, and the Aquatics species pack for Stellaris. In today’s development diary, the Stellaris team has taken a break from its usual look at new patch improvements to talk in-depth a bit more on the new features coming in this Stellaris DLC.

The full list of new features includes 16 new portraits (with a robotic one as well), a new water-themed ship set, two new origins, a new civic, the ‘Aquatic’ species trait, and, for the first time in a species pack, a new ascension perk. One of the new origins is called ‘Here be Dragons’, which starts your empire off with a unique symbiotic relationship with an Ether Drake. Essentially, this pseudo-guardian will protect your homeworld, but only if you keep it happy.

Considering origins like the Clone Army one introduced in the last patch for the Humanoid pack, it really seems like the development team is exploring new and creative ‘backstories’ for empire creation, and I hope we see more of this down the line. The other origin, ‘Ocean Paradise’, can be combined with the new ascension perk and the species trait to give an ocean-dwelling species a really strong start to the strategy game, as well as scaling benefits as you progress. 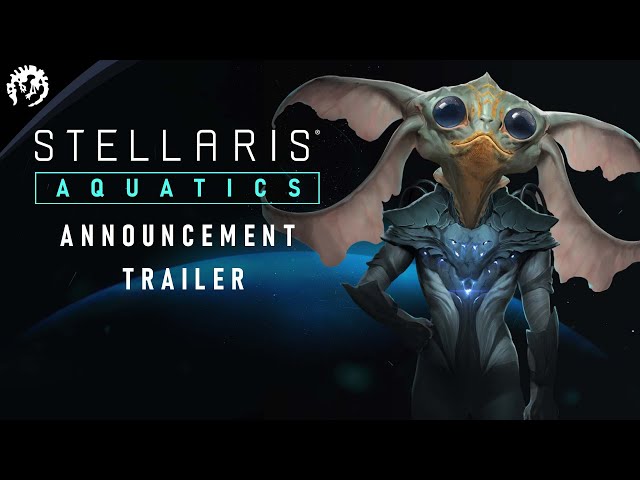 According to the diary, Dolphinoids have been a bit of a wishlist feature for a while now. They’ve even been used as examples in design meetings since before the game launched in 2016.

There’s no word on a release date for this expansion yet. We know that a new patch is expected in November, and then again in February next year, but where this new DLC will fit in is anyone’s guess right now.

While you wait, why not check out our list of excellent Stellaris mods, or perhaps get a leg up on the AI via some handy Stellaris cheats and console commands.