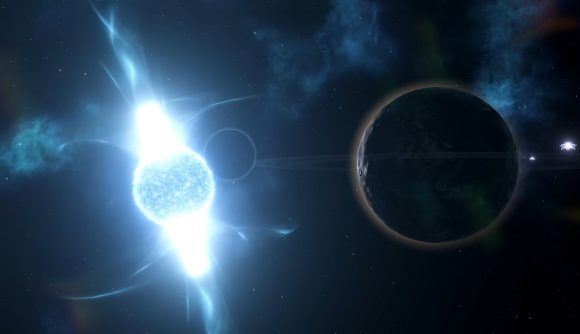 Spaceborne grand strategy game Stellaris will get its next big patch soon. The Libra patch arrives on February 23, and it’s primarily focused on balancing changes and bugfixes, although there are some nice little additions included as well. The Libra patch also introduces the rework to Stellaris’ unity system, which will have major ramifications for how you play the game going forward.

Unity will be a more important consideration once the patch is live on Stellaris’ main branch. You can check the official patch notes to get the comprehensive rundown on each change made, but the overall thrust of the unity rework is to allow for ‘tall’ playstyles to be more competitive with the ‘wide’ approach of amassing as much territory as possible.

The rework makes it so that unity is required for recruiting leaders and reforming governments, and you’ll be able to use unity to unlock new planetary ascension tiers. You can generate unity in a number of ways already, but now Autochthon Monuments and similar structures produce an amount of it based on the number of ascension perks your empire has.

It’s a big list of changes that’s worth a read before you embark on your next playthrough. There’s more to consider, too: there are two new bespoke star systems, three new anomalies to find, and two new archaeology sites: The Mask of Transformation and Rage Sage. If you own the Plantoid, Lithoid, Necroid, or Aquatic species packs, you’ll find that these now all have pre-sapient pops to discover as well.

The patch also makes a bunch of improvements to Stellaris’ AI, allowing it to specialise its planets more by swapping buildings on planets it controls. This might seem a bit like cheating, but it’s largely invisible to the player – the result will be that AI players wind up using their planets more effectively.

Another change to the game’s AI is in how it handles crises. It’ll consider fighting crises the way it does wars, as a developer explains in the comments. If you’re attacked by a crisis, your allies will follow you if you use ‘take point,’ because they’ll act as though you’re engaged in a war together.

The patch is currently in the beta branch, so you can try it out now. Otherwise, you’ll be able to dig into the unity rework and everything else when Libra arrives February 23. You can expect it to unlock at 1am PST / 4am EST / 9am GMT / 10am CET.