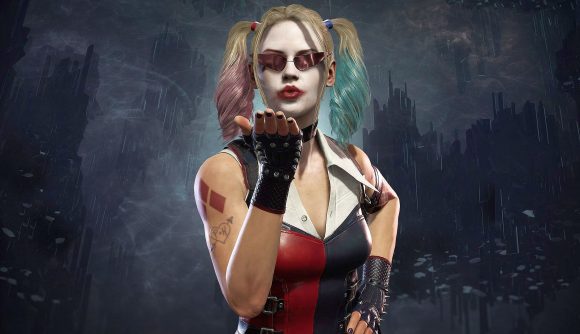 June 23, 2020 When contacted by PCGamesN, Warner Bros. declined to comment on the reports.

This past weekend, a handful of newly-registered domain names popped up online, with one particularly intriguing name indicating something’s on the horizon for DC Comics’ Suicide Squad. Now, it appears this mystery title is actually an upcoming game being brought to life by the developer behind 2009’s Batman: Arkham Asylum, Rocksteady Studios, and due to be revealed sometime in August.

That’s according to a report by Eurogamer, which says it understands fans’ assessment that the domains shared on Resetera are registered to a company linked to Warner Bros. is accurate. In addition, the site reports that the name of the domain, Suicide Squad: Kill the Justice League, could be the upcoming PC game’s name, as well as a bit of a giveaway of its plot.

Alongside this leak, there’s another domain in the ResetEra post titled “GothamKnights”, which poster DriftingOrbit says was registered by WB on June 19. According to Eurogamer’s report, this refers to the upcoming – but as-yet, unannounced – Batman game being crafted by WB Games Montreal – and it seems we can expect to hear a little more about both these titles at the DC Fandome event which kicks off this August.

A Batman game teaser posted by WB Montreal last September said “Capture the Knight”, which seems to fit in with this news and the name of the new domain. Hmm.

It’s not clear if – or how much of – the Suicide Squad title we’ll hear when the event arrives, though the report suggests it won’t be too much as it’s less far into the development cycle than the Batman game. PCGamesN has reached out to WB for comment, and we’ll update the story with any new information that arrives.