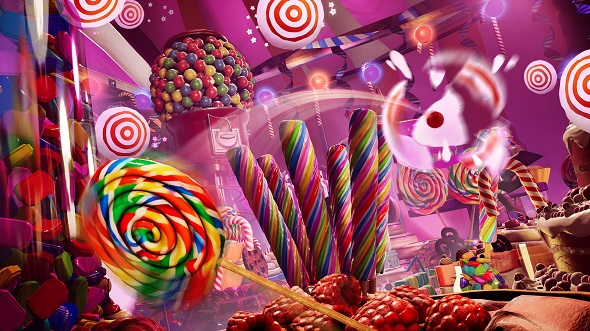 The first game from Monad Rock, a colorful amusement park called Summer Funland, is out now for Oculus Rift and HTC Vive.

While you’re at it, check out our list of the best VR games available right now on PC.

Monad Rock was formerly online retailer G2A’s in-house development studio, but they split off to become an independent company, albeit one that still collaborates with G2A.

Their debut title Summer Funland is a vibrant virtual amusement park, complete with a rollercoaster, an undersea adventure, and a slew of carnival activities that take advantage of what VR in its current form is best at: guided thrill rides and simple, physical games like whack-a-mole (or in this case, a penguin).

There’s also a Wild West shooting gallery, a trip to outer space, a huge tower to climb, and a unicorn to ride through some kind of psychedelic tunnel.

We haven’t had a chance to see how it works for ourselves yet, but for VR headset owners currently being pelted with snow, Summer Funland might well be a nice little vacation. It’s available on Steam and the Oculus Store.