Modder and YouTuber InfernoPlus spent, by his own account, three weeks rebuilding the original NES Super Mario Bros. code in HTML 5. But with his version, you play alongside nearly a hundred other Marios, who appear on the screen as ghostly versions of the plumber. Instead of dropping onto an island full of weapons, however, you’ll be playing levels from the classic game.

The idea is to make it to the end of the world and defeat Bowser first. It’s not just a race, though: while players don’t interact directly, each power-up in the game can only be picked up by one player, and a kicked Koopa shell can strike other players. Grab a star power-up, and you’ll kill any other player you touch.

Here’s InfernoPlus explaining how he made the game (try to ignore the obnoxious YouTube memes): 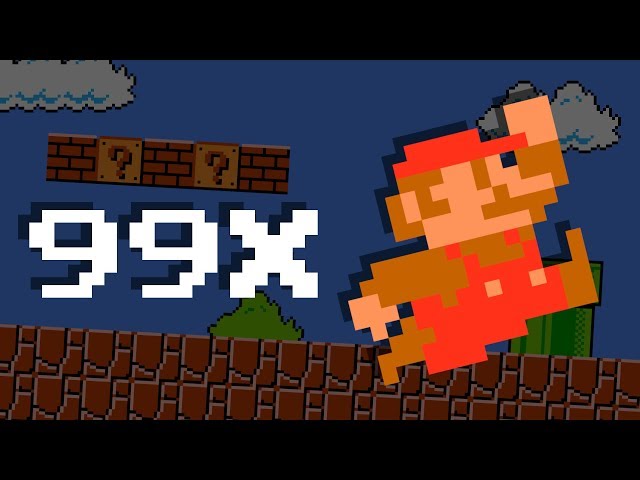 Predictably, it’s basically chaos. But it works, and it even supports controllers. You can try it out on his site – for the time being, at least.

Sure, it’s mostly a gag, but the level of detail and faithfulness to the original that InfernoPlus has achieved are impressive feats. I found jumping lagged just a touch while I tried it out, but otherwise, yeah, this is Super Mario Bros. You’re just playing with 98 other jerks.