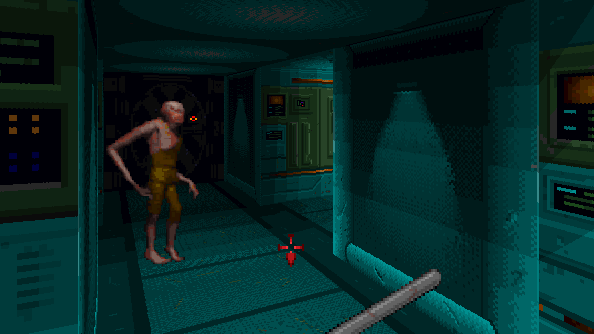 Nightdive Studios, the team working on the reboot of System Shock, have released the source code for the original 1994 Looking Glass game.

If you’re into the classics, here are our picks for the best old PC games that you can still play today.

In the latest update on the Kickstarter page for the remaster project, Nightdive provide a link to the unaltered source code, originally discovered by OtherSide Entertainment. However, getting the classic System Shock up and running isn’t quite as simple as downloading the archive and hitting play – the code is Power Mac native, Nightdive explain, so you’ll need to use an emulator.

Nightdive point out a couple interesting things they discovered while poring over System Shock’s source code, such as the fact that it mostly uses fixed point rather than floating point computation, and a couple interesting rendering tricks the game uses due to technological constraints of the era.

After going on a brief hiatus, Nightdive announced they are still forging ahead with the System Shock Remastered project after reevaluating their approach to bringing the game to modern platforms. They’re tentatively looking at a 2020 release date.