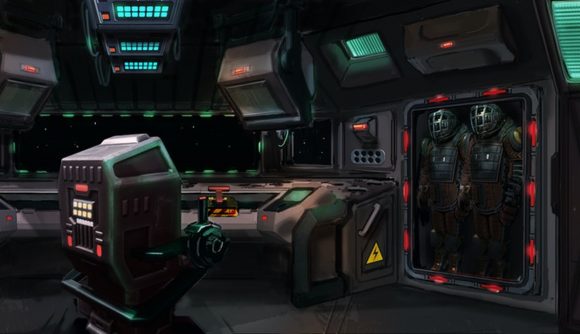 You can secure your copy of the upcoming System Shock reboot, and get another good long look at the gameplay, in just a few weeks. Developer Nightdive has confirmed preorders will be going live soon, and that the final demo will become simultaneously available.

In a Kickstarter update published this week, Nightdive says that PC preorders for System Shock will start towards the of February. The horror game will be available on Steam, GOG, and Epic, allowing you to pick your poison for where you’d like to own it. Anyone who pre-orders will get System Shock 2: Enhanced Edition free, as will everyone who backed the Kickstarter for $30 or more.

The intention, the post says, was for System Shock 2: Enhanced Edition to release alongside the System Shock remake, but the FPS game‘s scope has grown considerably. The characters and weapons are being completely redone in the team’s KEX engine, and many community-favourite mods are being incorporated, to make this the definitive System Shock 2 for veterans and newbies alike.

When pre-orders go live for the System Shock remake, we’ll have the last demo, a two-level-sized portion of the space game. The medical and cyberspace stages will be included, featuring new voice lines and features, and “full dismemberment“.

A number of gameplay videos are included in the post, only viewable on the Kickstarter page. Nightdive CEO Stephen Kirk shared this one on Twitter:

My Eyes! The goggles do nothing! pic.twitter.com/KSEQ1dVpFC

Last year, it was revealed that Tencent was taking the System Shock series forward, possibly towards the long gestating System Shock 3. One way or the other, it looks like we’ll eventually get some more System Shock, sooner or later.