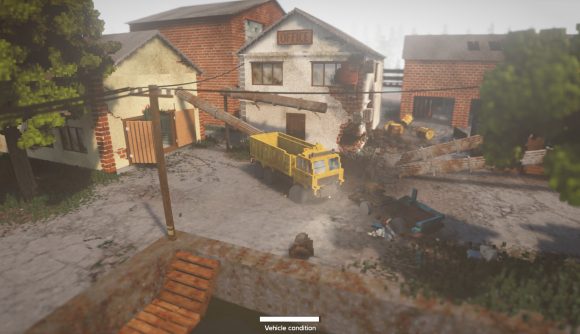 It’s easy to get lured into Teardown before you even know what it’s about. Developer Dennis Gustafsson of Tuxedo Labs has been sharing short clips of it to Twitter, showing off quick snippets of freeform demolition in little voxel buildings. That alone was enough to pique my interest: a backhoe cutting into a modern office building, or someone using a flamethrower to light a panel truck on fire before driving it through the wall of a house.

But it turns out there’s more to Teardown than the simple childhood joy of kicking things over. Teardown is a heist game, but one that’s split across two phases. In the first, you have complete freedom to case your target and plan out how you’re going to get away with each item you’re assigned to steal. You can take all the time you want and go wherever you want, and you have an almost Minecraft level of freedom to alter the environment around you.

You have your pick of tools for approaching this. There’s a hammer, which you can use to knock down walls (or anything else that might be sensitive to hammers, which as far as I’m concerned is most things), several guns, and the flamethrower mentioned above. Every vehicle can be driven, and can be used to create new pathways or ad hoc doorways. You can build ramps and catwalks using materials like wood planks and wires.

When you’ve decided you’re ready, the action phase begins at the moment you grab the first of a series of keycards. You need to snap up all of them in the allotted time and get away before security arrives. All the destruction and reshaping that happens in the first phase, you see, is meant to create an optimal path through the level.

Gustaffson explains in this video: 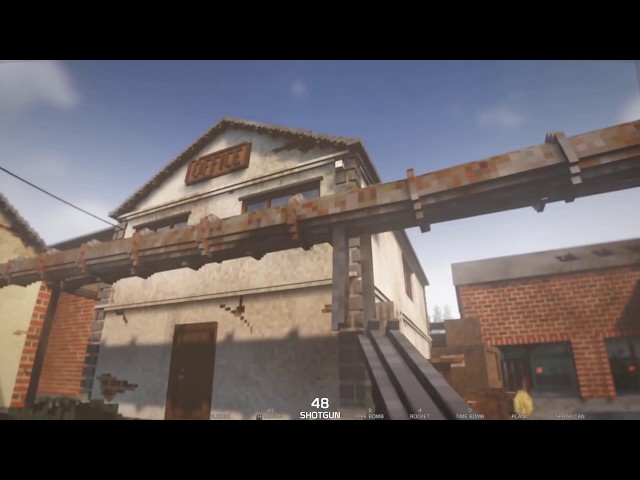 But there’s always the simple joy of hitting stuff with a backhoe bucket.

Here's the biggest vehicle in the game. It's pretty big. pic.twitter.com/obIllkcwf5

There’s something intensely satisfying about the hyper-realistic way that the voxel walls and pipes crumble and snap when hit by a hammer or shotgun blast. Things fall apart so convincingly, and that touches on a primal childhood urge to kick over a newly-constructed sandcastle.

Gustaffson’s other games include Does Not Commute, Sprinkle, and Smash Hit – all physics-y mobile games with lovely visuals and some puzzle to solve. Teardown, however, is currently in development for PC on Steam.

For the time being, it’s scheduled for release at some point later this year. If you’re into smaller indie games, check out our list of the best indies in 2020.