Looking for the best Terraria armor and loadout for each class? If you’ve just cleared out your first wave of Terraria bosses, you’re in luck! You now get to do it all over again and defeat their mechanical counterparts in Terraria’s hardmode. By now you’re climbing through the ranks of resources, shedding your old gear for new shiny armor and accessories, but to take on the hardmode bosses, you’ll need to take your loadout to the next level.

So what’s the difference with hardmode? This is the point in the game where you can start to define your class, choosing either a summoning, ranged, magic, or melee build based on your prefered playstyle. Your class is defined by the equipment you choose, making your Terraria loadout one of the most important parts of progressing and building up a character capable of taking out the likes of Skeletron Prime, The Destroyer, and The Twins. You’ll need to defeat all of these three mechanical bosses before taking on the deadly Plantera, but luckily you’ll have the item drops from these bosses to upgrade your gear once again.

But, if you’ve just entered hardmode and are about to take on the three mechanical bosses and the optional Queen Slime, here are the best Terraria armor, accessories, and weapons for each four classes.

Summoners can, er, summon a number of different minions to aid them in battle. They are a long-ranged class, but are pretty squishy in a fight, reliant on their mini followers to do the hard graft.

The Sanguine Staff is one of the best summoner items you can get at this point in the game. The bat is handy at reaching all enemies and mobs due to its flying capabilities and combined with the Spider Armor and Summoner Emblem buffs, it has a high damage output. Alternatively, the Queen Spider Staff will do the job, summoning a sentry spider that shoots eggs at enemies that hatch spiders and explode. 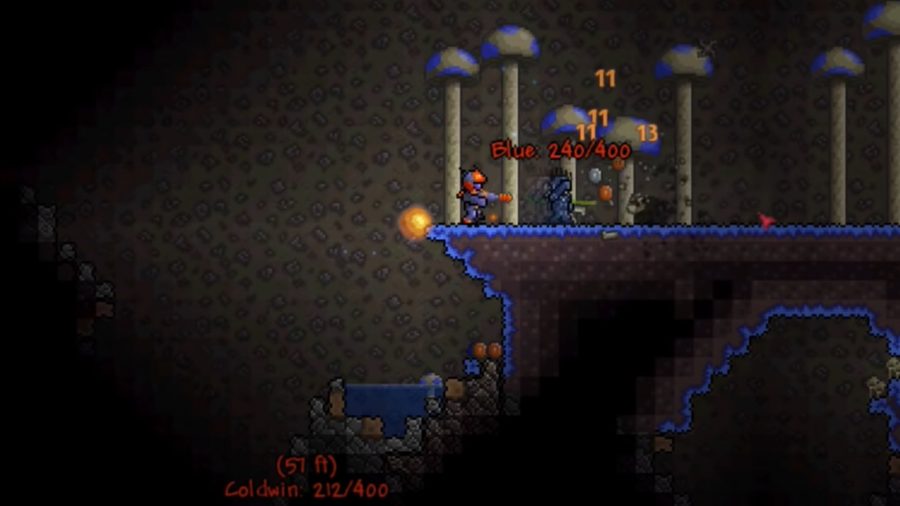 Ranged builds use long-range guns or arrows to deal massive amounts of damage in targeted blows. It’s a powerful class that boasts impressive weapons and damage output, but can be a pain to keep on top of crafting ammo. 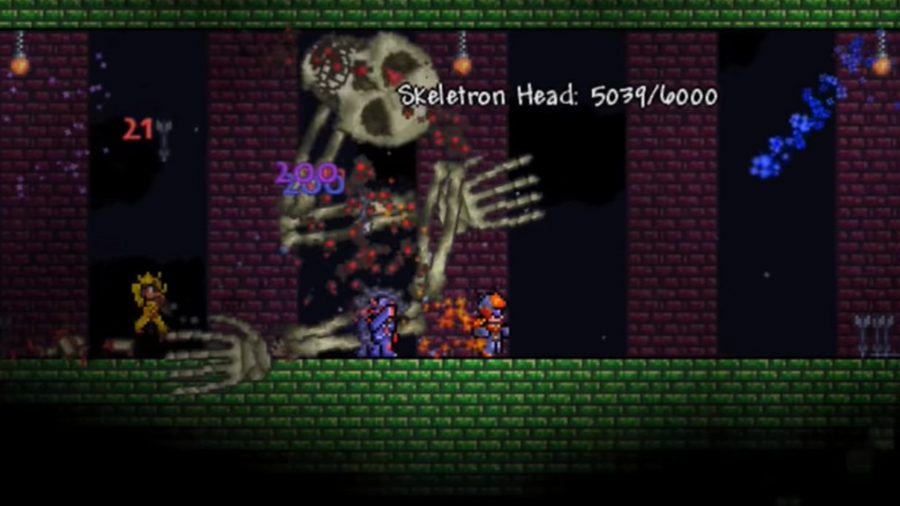 By far the most fun Terraria build, Mage’s can inflict impressive area damage and master high damage spells that make them handy against both beefy bosses and clusters of enemies. They are also squishy, though, so make sure to hang back and holster plenty of potions to keep your mana intact.

Alternatively, you could use the Sky Fracture which summons three energy sword projectiles that have a critical strike chance of 24%. 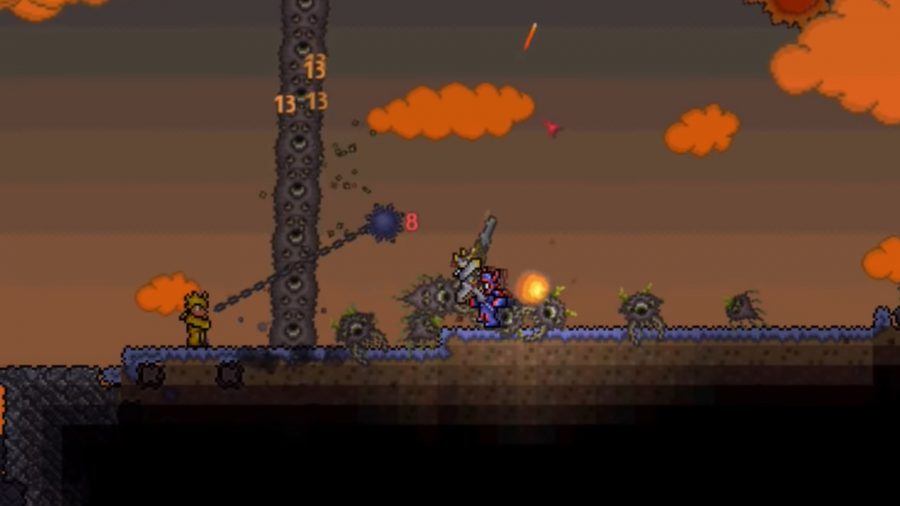 You’ll have to get used to getting up close and personal with enemies to deal damage, but melee builds are ideal for Terraria beginners. Unlike your typical melee class, you won’t be throwing any punches with this Terraria build. Instead, melee builds use swords, yoyos, projectiles, and boomerangs, all while remaining highly defensive.

This build is great for beginners and is extremely versatile, if you’re not a fan of the sickle, you can always mix it up by swapping in the Bananarang or the Shadowflame Knife, both will do the trick.

Your Terraria build needs love and attention, so you won’t be able to get away with this build fighting more difficult bosses like Plantera or the Golem, all the way through to the Lunatic Cultist. If you want a bit of help to bolster your Terraria build, check out the best Terraria wings and where to find them, as well as how to craft potions in Terraria to take on these hardmode bosses.