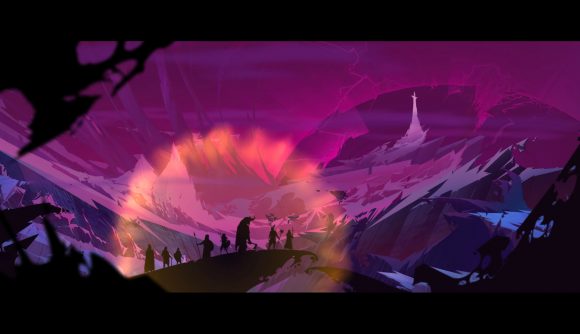 It looks like the team behind The Banner Saga trilogy might be making an MMO game. Developer Stoic Studio has posted job listings that reference fast-paced action, experience in live service games, and a potential release over the next couple of years.

A recent opening for a combat designer alludes to some of the likely elements going into Stoic’s next project. Part of the duties include coming up with ideas for all the various facets of battle in a “fast-paced action game”, and lower, under preferred qualifications, it mentions experience in games-as-a-service and live games. The contract is for a release schedule over thee-plus years, including beta, launch, and post-launch.

This corroborates information from this time last year, when other job listings mentioned MMO, live game, and online game experience. Stoic was coy at that point, stating that something is in the works, and we’d hear about it in the future. “Stoic’s continuing to grow bigger than it’s ever been before, and we’re wading heavily into a new project with new ambitions and aspirations,” Alex Thomas, principal creative designer at Stoic, said at the time. “We can’t wait to be able to talk more about it soon and we hope you’ll come along with us to a new world, with new stories to tell in a new game.”

The Banner Saga wrapped up in 2018’s third installment, completing a trilogy of viking-inspired narrative survival games about leading a human army into war against the Dredge, an ancient race that hellbent on our eradication. They’re some of the best when it comes to navigating choices over the long haul, and learning to live with your mistakes.

With any luck we won’t be waiting too much longer for a proper update on what Stoic’s up to – here’s the best story games, best strategy games, and best fantasy games to pass the time.