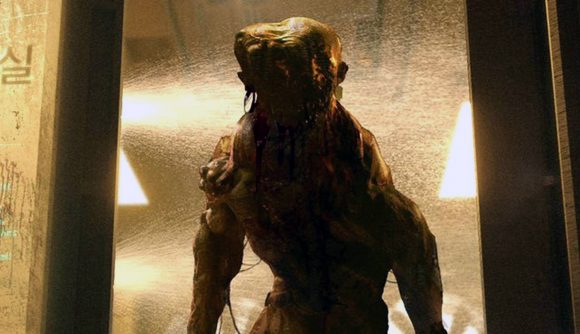 A new The Callisto Protocol reveal is coming “next week” according to the studio’s founder and Dead Space creator Glen Schofield, so we’ll finally get some news on the upcoming PUBG horror game – even if it’s just a tease for a gameplay showing at Summer Game Fest next month.

Last month, Striking Distance Studios CEO and founder Glen Schofield confirmed that it was “almost time” for the full reveal of its first game The Callisto Protocol – a horror action-adventure game set in the PUBG Battlegrounds universe, which was announced at The Game Awards in 2020 and we haven’t heard anything about it since.

Given that Striking Distance Studios includes several members of the ex-Visceral team that made Dead Space, including Schofield, anticipation is high for The Callisto Protocol – especially as the game’s teaser trailer made it look highly Dead Space-inspired. Well, Schofield has narrowed that reveal even further with his latest tweet, promising “some news next week” – alongside a closeup shot of a horrifyingly meaty creature.

Once again, Summer Game Fest host Geoff Keighley was right in with his usual ‘watching’ emote tease. Given that Summer Game Fest is only a month away, it seems likely that the news next week may tie into a full reveal at the event in June. Guess we’ll find out in a few days, either way.

As for the Dead Space series, the remake of the first game now has a release date for early next year.