E3 is dead (this year, at least), but the Summer Game Fest schedule will ensure that there’s plenty of appointment viewing if you’re looking for direct marketing from major publishers on their upcoming PC games. Between the individual events that have already been announced and the usual rumours from the industry’s more reliable insiders, we’re starting to get a pretty clear idea of what we can expect from this summer’s not-quite-E3 press conferences.

Before we get to what will happen, let’s talk about what won’t. There will be no EA Play this year. EA’s annual showcase typically took place just ahead of E3 every year, but the publisher has confirmed there will be no such broadcast in 2022. Instead, individual EA studios intend to bring info about games like Dragon Age and Dead Space through smaller, dedicated info blasts on social media.

EA brings us straight to the rumour mill, too. The sequel to Star Wars Jedi: Fallen Order is reportedly due for a reveal soon. May 4 didn’t yield a reveal like some had thought, though we could still see something between May 26 and May 29, the dates of the annual fan convention, Star Wars Celebration.

Of course, not all of these events will actually be branded under Geoff Keighley’s Summer Game Fest banner – though if you’ve got a better idea what to call this loose collection of game announcements, I’d love to hear it.

Join us this June for @SummerGameFest – an industry wide celebration of video games, featuring a spectacular live kickoff show hosted by @geoffkeighley

Sign up at https://t.co/1ZwAhZ66ie to be the first to know details. pic.twitter.com/P2eLRISqfQ

Of course, Summer Game Fest will, er, kick off with Geoff Keighley’s own Kickoff Live event, featuring announcements from across the industry. Last year’s event featured reveals for games like Tiny Tina’s Wonderlands, Death Stranding: Director’s Cut, the worldwide version of Lost Ark, and, of course, the first substantial look at Elden Ring.

June – Day of the Devs

Day of the Devs is an annual showcase of indie games hosted by Double Fine and iam8bit and, for my money, 2021’s stream was the best press conference-style broadcast of that year’s E3-adjacent events. Organisers are currently soliciting participants for Day of the Devs: Summer Game Fest Edition – the final result is typically a curated selection of just under 20 fantastic-looking indie games. As the name suggests, the event will run during Summer Game Fest, though there’s no specific date just yet. 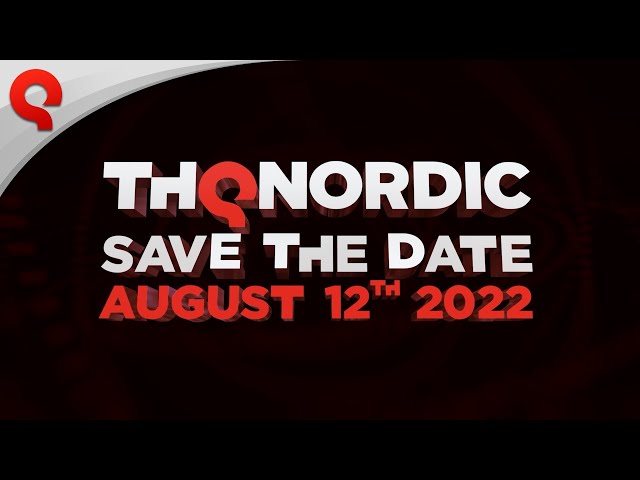 The THQ Nordic Digital Showcase will return on August 12 at 12pm PDT / 3pm EDT / 8pm BST via YouTube and Twitch. According to a press release, we can expect updates on games like Outcast 2 and Jagged Alliance, as well as “several brand new games, expanding the company’s portfolio into new genres with both licensed and original gaming experiences.”

This year's QuakeCon will once again be a digital-only event, August 18-20, 2022. pic.twitter.com/UxJTuZDTYJ

The annual QuakeCon event now plays host to announcements around an array of Bethesda and id Software games. QuakeCon 2022 will once again be digital-only, so you can expect three days of online broadcasts. Previous QuakeCons have brought announcements like Skyrim: Anniversary Edition and the remaster of Quake, and with the Starfield release date coming so soon after, it’s likely we’ll see Bethesda’s next big open-world game at the show.

Rounding out the summer’s events we have another Geoff Keighley special. The official kickoff to the live Gamescom show in Cologne, Germany will once again be Opening Night Live, a “spectacular showcase event filled with video game announcements, news, and surprises” on August 24. Last year’s event featured things like the reveal of the Saints Row reboot, the Halo Infinite release date, and the first gameplay from Call of Duty: Vanguard.