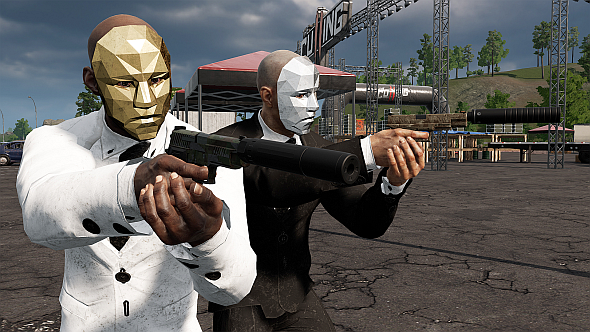 The Culling 2 has been out for three days, although for developers Xaviant, it may feel like it’s been longer. Since launch, The Culling 2 has earned ‘very negative’ user reviews on Steam, with only 13% of its reviews getting a thumbs up from players. Now it looks as though there’s some tough talks going on at the embattled studio.

“It’s time for us here at Xaviant to come together for some much needed soul searching and to have some admittedly difficult discussions about the future of our studio,” the company tweeted Friday evening. “We’ll talk soon.”

About half an hour later, the official Culling 2 Twitter account posted an animated .gif of the dog sitting with a cup of coffee in a house engulfed in flames.

The original Culling is on our list of the best battle royale games on PC.

Obviously, these aren’t good signs – not for Xaviant or its employees, or for anyone who saw promise in The Culling 2, which holds the distinction of being the first-ever sequel to a battle royale game.

It’s not entirely unexpected, however. Yesterday, The Culling 2 hit a point where there had been a grand total of two concurrent players during one hour, according to SteamCharts.

It’s time for us here at Xaviant to come together for some much needed soul searching and to have some admittedly difficult discussions about the future of our studio.

It’s not clear yet what the fate of The Culling 2 will be, or of Xaviant. With any luck, the Georgia-based studio will be able to identify a path forward over the weekend.