Fans of looter shooters have two big games to crack open and rustle around inside for goodies so far this year: Anthem and The Division 2. Unless you’ve got all the time in the world, you probably have to pick just one of them to dedicate your free time to, and that’s not necessarily an easy choice.

Sure, Anthem had a shaky start when it launched earlier this year, but that hasn’t deterred the player count, and there’s little else like the feeling of soaring around the blue skies of this lush alien world. And now with fixes and updates, Anthem feels like a game that’s alive with promise. The Division 2, on the other hand, has been heralded by critics as a breath of fresh air – a shiny piece of purple swag in a genre dominated by grey shotguns. Ubisoft’s latest Tom Clancy game launched in a solid state, with plenty to do and stable servers to do it on, what more could you want?

Both are looter shooters worth investing in, but they offer two very different experiences, despite being of the same genre. In the interest of helping you find the shared-world shooter that won’t make you want to tear your hair out, below is a breakdown and comparison of each game’s biggest features. By the end you should have a good idea of whether Anthem or The Division 2 is the game for you. 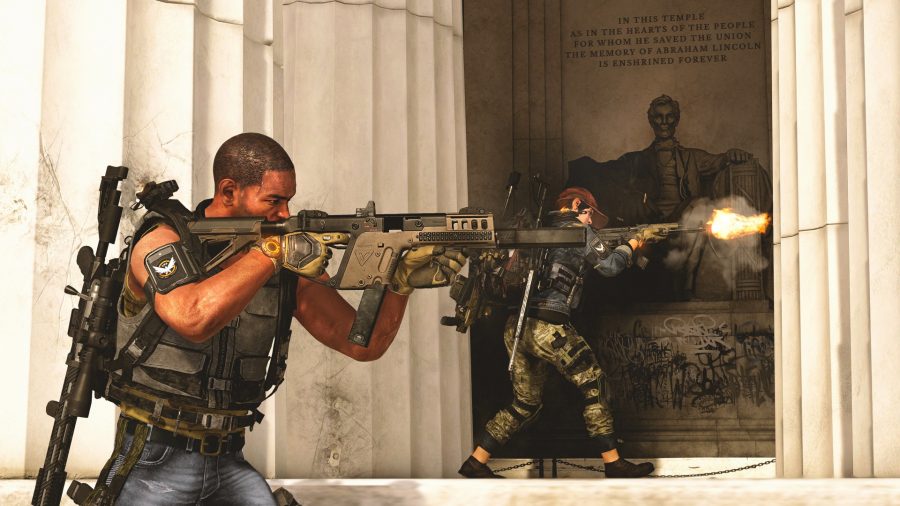 It doesn’t really matter what a game does if you can’t stand the world you’re doing it in, right?

The Division 2 is set seven months after bioterrorists unleashed a smallpox outbreak on an unsuspecting New York City. While the original game let players loose as a member of a paramilitary organisation trying to restore order in a wintry NYC, this sequel relocates the action to a humid Washington D.C. While The Division 2 is a little more colourful than the first game it still represents the looter shooter at its most realistic and militaristic.

Ubisoft has squandered its opportunity to say anything interesting

Anthem, by contrast, lets you suit up as an Iron Man-like freelancer, soaring through a bright, effusively green science fantasy world, dotted with waterfalls and red crab people. BioWare’s latest relies a little too heavily on Proper Nouns and Lore Reasons in the Codex – called a Cortex here, which sounds like a normal codex, but it’s made of waterproof, windproof, and breathable material. This world has drawn me in despite that. It’s one that’s been abandoned by the gods who made it, who left behind musical relics that can cause world-shaping, destructive events. 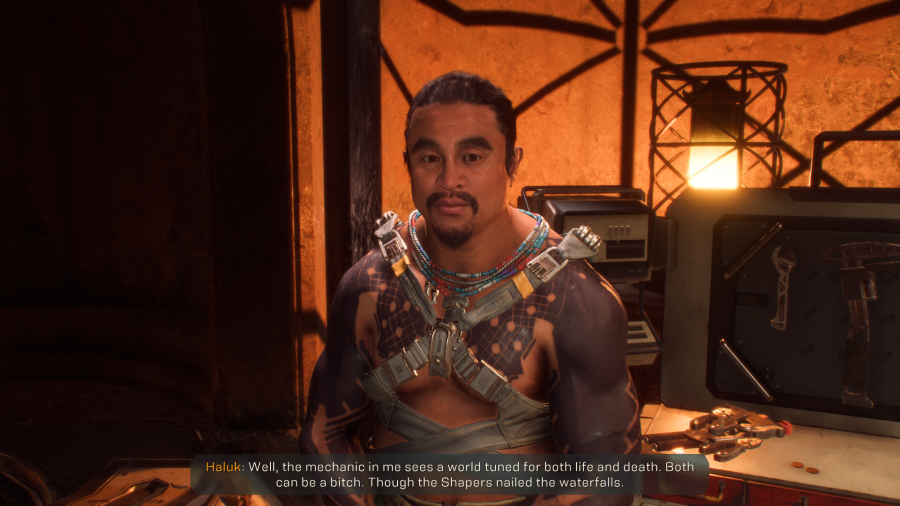 Unsurprisingly for a BioWare game, Anthem’s story is what drove me through the campaign, and it’s responsible for the significant time I’ve already invested into the endgame. In particular, the Fort Tarsis bazaar is dotted with intriguing characters, and so seeing what the crotchety Haluk, the pragmatic Tassyn, or the hammy and insecure Owen will do next is what keeps me returning.

The less said about The Division 2’s attempt at story the better. It’s as bare bones as possible, with characters who are only characters in the most technical sense, i.e. they have names and talk. By being self-consciously apolitical, Ubisoft has squandered its opportunity to say anything interesting about the state of contemporary American politics, while at the same time having the player set up shop in Donald Trump’s house. Yikes. 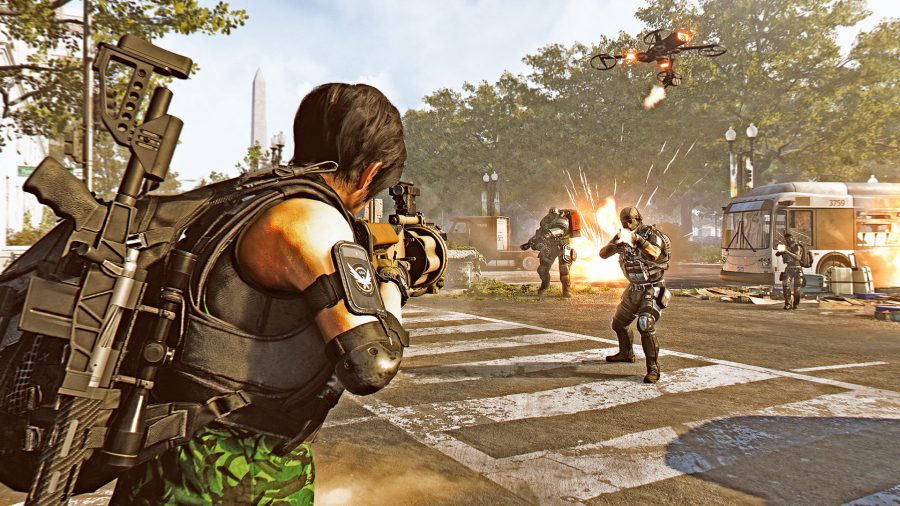 The Division 2’s AI is as smart as its story is dumb. Enemies are fast and brutal, so using cover effectively is essential for making progress. You can’t just sit in safety happy to be suspended in time, either: The Hyenas and True Sons are constantly flanking your position, forcing you out into the open where death is highly likely.

As the game progresses, enemies get even more powerful, hefting massive sledgehammers, foam guns that will root you to the spot if you’re not careful, and using RC battle bots equipped with circular saws. To make a dent, you need to move carefully and use special abilities – like heat-seeking grenades, drones and turrets – in concert with your teammates. In short, The Division 2 is brilliantly challenging, especially if you’re playing solo. The difficulty is the source of its most exciting firefights and its most frustrating stalemates.

Related: Here’s how Anthem stacks up against Warframe

In comparison, Anthem is a breeze – on its default difficulty setting, at least. That’s fitting, I think. This is essentially an Iron Man simulator, and Iron Man doesn’t get his ass kicked by low-level grunts, he gets his ass kicked by Thanos – but an equivalent doesn’t exist in this happy post-apocalypse. And so you mow down hordes of enemies with barely a thought. 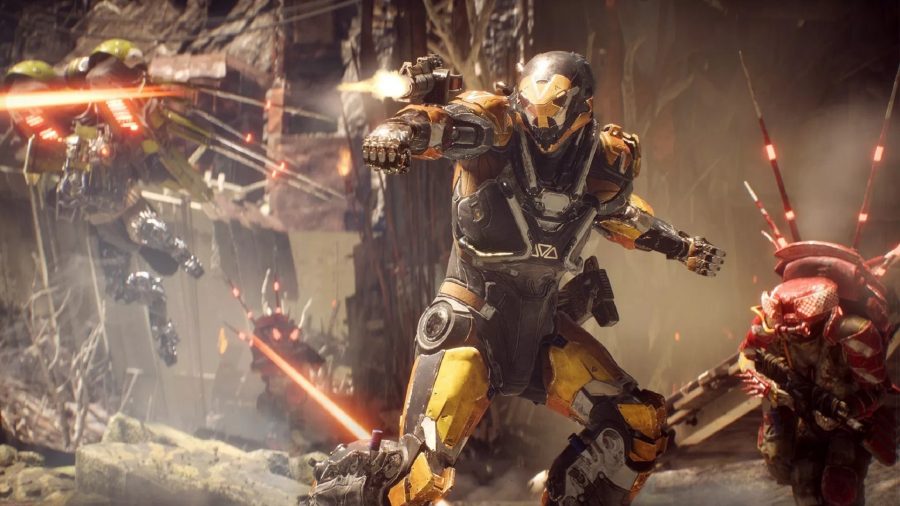 Anthem fits into my life much more easily than The Division 2. With the exceptions of strongholds and some lengthy story missions near the end of the campaign, every activity in Anthem can be completed in about half an hour. As a result, I can load up Anthem whenever I have a little bit of spare time and make real progress. That isn’t true of The Division 2.

Advancing through The Division 2’s campaign – especially as a solo player – can feel like trying to use a Division agent’s piddly ass melee attack to break through a brick wall. Missions at your level will often conclude in a firefight against a heavily armoured opponent, who will take a massive amount of ammunition to bring down, but will chew through your health with a hit or two. I’ve often found myself making solid progress through a mission only to be stuck on the last battle for an hour.

If you’re planning to solo a Division 2 campaign mission, make sure to set at least an hour aside. But feel free to boot up Anthem for a quick ten-minute session. 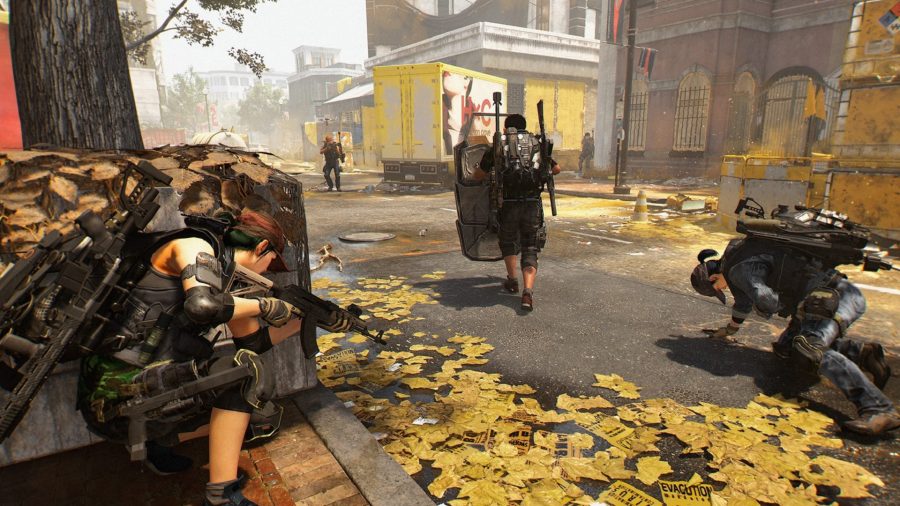 The Division 2’s difficulty spikes wouldn’t be a factor if it was as easy to call in backup as the developers obviously intended for it to be. When you die, a prompt on the respawn screen gives the option to call for help. Occasionally, the cavalry will arrive right on cue and help you turn the tide, and that can be pretty exciting. But, most of the time, no one comes, so you’ll just have to keep trying or give up on the mission and find a group.

The Division 2’s level design is one of its standout features. Most missions task you with blasting through a real-world location like the National Air and Space Museum or the Lincoln Memorial. Anthem’s repetitive designs struggle to keep up.

Anthem, meanwhile, forces you to choose to go it alone or group up with a four-person squad. There’s no option to call in backup, but the game warns you that it’s intended to be played with a group. Either way, the game isn’t especially difficult. I played almost the entire campaign with randos and 99 percent of the time no one was being annoying on a mic.

Both games reward using your abilities in conjunction with the rest of your squad. The Division 2’s special abilities – turrets, heat-seeking grenades, a healing robot called Hive – are intended to be paired with the rest of the group. Throwing down a turret for defence can provide an opportunity for your dedicated healer to do their job, and for your drone master to throw out the multi-targeting Firefly.

While Anthem doesn’t explain its group combo system at all, it does have one. Some moves work as set up while others detonate. The elemental Storm might freeze a group of Outlaws, which sets up the ninja-like Interceptor to come in and hack them to ice cold bits. These moments of explosive coordination are among the game’s best. 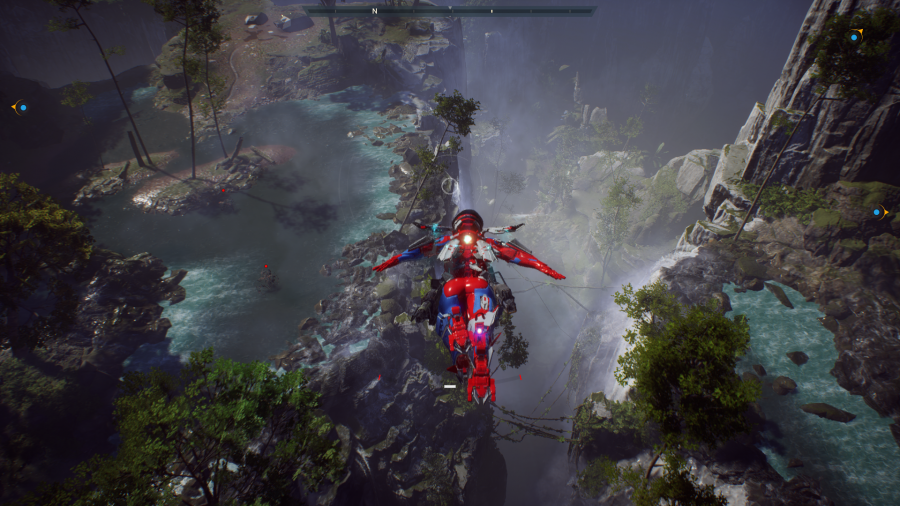 After about ten hours of playing Anthem there’s a quest that tasks you with opening the tombs of four late, great freelancers. Apparently, there’s nothing these dead badasses respect quite as much as getting combo kills and doing a ton of world events, so you’ll need to do a mess of these mind-numbing activities in order to progress.

BioWare has made this portion of the game better since pre-launch players started complaining about it back in February, but it still isn’t great. Unfortunately, Anthem’s endgame is basically a rehash of this maligned section, requiring players to run missions endlessly as they slowly finish a long, grindy checklist of tasks. The reward for the hours of busywork? A skin and a masterwork weapon.

Need more loot? Check out the best MMORPGs on PC

The Division 2, meanwhile, is filled with content from the moment you begin until long after the campaign is over. There are new Dark Zones – PvPvE areas where you can be a real bastard and steal loot from other players – that open up as you gain experience. And the PvP mode Conflict unlocks at a fairly low level. After you hit the level cap, a Stronghold opens up and a new faction, the Black Tusks, invade the map taking over the mission areas you’ve already completed, providing new challenges and hurting you with all new weapons and robot dogs. 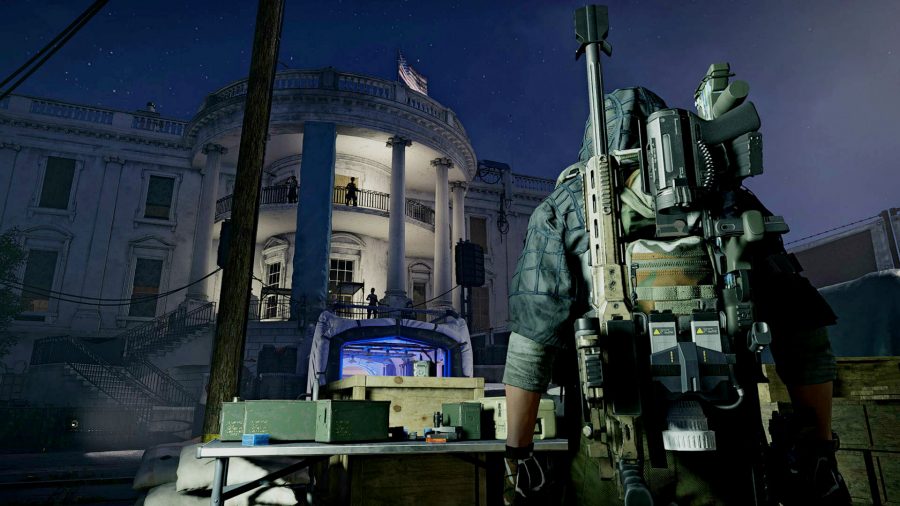 Which One’s Right for You?

If you like memorable characters, a mysterious world, flashy flights and splashy fights, then the lifestyle of a freelancer may be right for you. But if you prefer a constant feeling of danger, excellent level design, and a solid sense of progression, check out The Division 2.