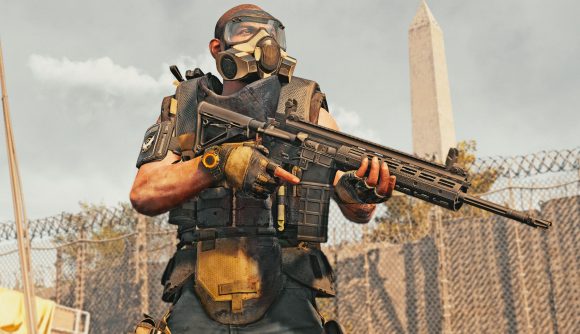 The Division 2 got its first content drop April 5, with World Tier 5 and the Tidal Basin stronghold arriving alongside a patch that addressed some initial issues with balancing and squashed a few bugs. But that patch seems to have highlighted – or introduced – a few new bugs as well. Players have noticed that specialist ammo isn’t dropping regularly enough to make using them practical, and now it appears that equipping different loadouts can reduce your damage output.

A Redditor posted a clip from the game that shows their character’s inventory. The player has an assault rifle loadout equipped, with a total of 19,955 weapon damage, or 8,792 with normalization on. Changing to a different loadout and then back again results in new figures for damage output: 17,212 weapon damage, or 7,584 normalized.

That’s a significant difference, although it’s not entirely clear whether this bug affects actual weapon damage or just the way damage is displayed in the inventory menu. The player who posted the thread says they’ve noticed the damage drop while playing, but commenters aren’t completely convinced – some believe it’s merely a display quirk associated with specific talents.

The difference could be explained, for instance, by having the Optimist weapon talent activated when looking at damage numbers. That talent increases weapon damage as the number of rounds in the magazine gets lower, and commenters say the game considers weapons that are not equipped to have zero rounds loaded.

The under-the-hood shuffling around of mags, weapons, and talents might explain why players are seeing the discrepancy when they swap out loadouts, but the original poster isn’t buying it – they say the difference is noticeable while playing, and the effect is a significant weapon nerf.

While The Division 2 had one of those rare live game launches that went almost entirely without a hitch, the nature of these complex service games means tinkering and retrofitting will continue throughout the life of the title. Ubisoft and Massive hold regular ‘State of the Game’ livestreams, so tune in to the next broadcast to find out what they’ll be addressing next.

In the meantime, if you’re seeing this bug, the OP says you can log out of The Division 2 and back in to workaround it.