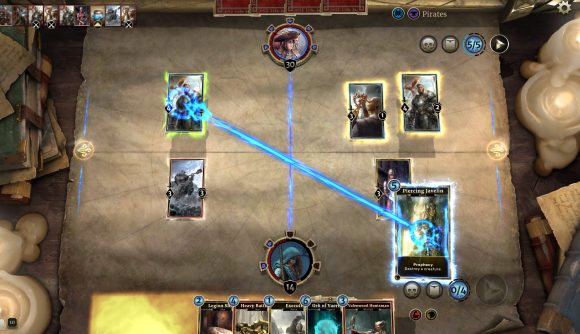 Fallout Shelter has turned into a bit of a runaway hit for Bethesda since it launched in 2015 in the lead-up to Fallout 4. But it’s The Elder Scrolls: Legends, Bethesda’s “other” mobile game, that the company has more long-term plans for, including console launches, a whole new client, and of course, more cards to collect.

Pete Hines, Bethesda’s vice president of global marketing, says the company is investing a lot into Legends, since it was always conceived as a long-term game that they’d continually support. That’s in contrast to Fallout Shelter, which began life as more of a one-off game that didn’t need a lot of post-launch support.

That’s not exactly how things worked out, of course – Fallout Shelter has been downloaded more than 10 million times on Google Play alone, and on Steam, thousands are playing at any given time. But Hines – a long-time board and card game fan who has worked on every Elder Scrolls title since 1999 – says Bethesda has always planned for Legends to be a living, growing game since they first decided to move forward with the project.

“Legends was designed from the ground up to not be a ‘fire and forget,’ to be a game that we were constantly iterating on, adding new features on, adding new cards to,” Hines said. “In some cases, we weren’t doing some of those things as quickly as we wanted to.” 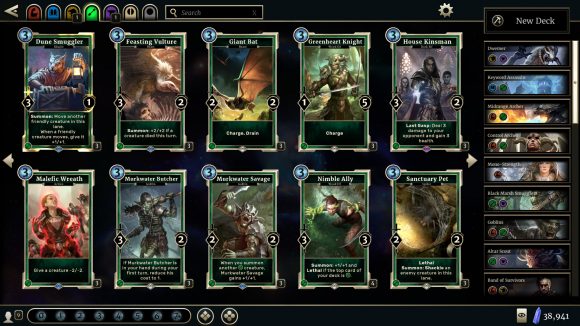 Hines says that’s why Bethesda decided to change developers on Legends, bringing Sparkypants Studios on board to rebuild the game’s client from the ground up, and launch it on as many modern consoles as possible.

And while the concept of a digital card game may not have worked 20 years ago, Hines says now is the perfect time for Legends.

As for the future, Hines says Bethesda is working on the question of integrating their games to tie in together, so that pre-ordering a future story expansion for Legends can seamlessly unlock bonus content in, say, The Elder Scrolls VI. That’ll likely happen through Bethesda.net’s launcher and infrastructure, which Bethesda will be using exclusively for the PC launch of Fallout 76.

“God help us, by the time we get to TES VI we better have figured out how to do all that stuff,” he said.