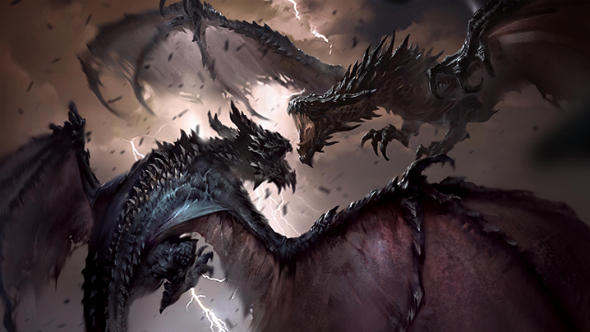 Bethesda has changed developers for The Elder Scrolls: Legends, the collectible card game based on the long-running fantasy franchise. Dire Wolf Digital, the game’s original developer, will hand the game off to Sparkypants Studios for continued support.

Pete Hines, Bethesda’s vice president of public relations, said that the move isn’t happening due to the publisher being displeased with the work Dire Wolf Digital has done on The Elder Scrolls: Legends to date. Instead, he told IGN that Bethesda has certain plans for the game’s future and want to take it in a different direction.

“Dire Wolf made an excellent game in Legends,” Hines told IGN’s Tom Marks. “Legends is a very strong game with a lot of untapped potential.”

The Elder Scrolls: Legends is on our list of the best card games on PC.

What swapping out developers will mean from players’ point of view is that they’ll eventually be downloading a rebuilt game client, which Sparkypants has been working on for some time. It’ll come with a refresh of the UI throughout the game, from the play surface to the menus.

Fundamentally, Hines told IGN, it’ll still be the game players are familiar with.

“When players get their hands on the new version it will still play like the game they know and love,” he said.

Bethesda launched the Houses of Morrowind expansion for The Elder Scrolls: Legends in April, and Hines says they’ll be revealing some of what they have planned for the game during the company’s demonstration at E3.