It’s been a while since we last heard about Skyblivion, the Skyrim mod that aims to put the entirety of The Elder Scrolls IV: Oblivion into Skyrim’s more modern engine. That’s why it was good to see that over the course of the past weekend, a development diary for this ambitious project was released. In it, we get a look at the fully recreated Cyrodiil, though watching it gives us the impression that the mod is still some ways away, despite repeated claims that the “end of the project’s development is in sight”.

Posted on Reddit by SolidCake, this video is billed as the first development diary for Skyblivion. It gives us an excellent glimpse of the mod’s development history, shows us the new models and textures in action, and explains some of the hurdles the team has had to overcome over the years of development.

In fact, one of the biggest challenges that remains is with the architecture of cities and villages. Oblivion had unique designs for all the cities, and because the team decided to fully retexture the entirety of Cyrodiil, this process has been slow but steady.

Remaking the creatures was also a big undertaking, as creature designs are sketched out into concept art using the original models as inspiration, then the new designs with additional tweaks are rendered back into the game. Of course, the monsters are tested by slaying them repeatedly. We feel a bit sorry for poor Wilhelm though, he’s just an innocent minotaur.

The full 16-minute diary can be seen below and is well worth a watch if you’re a fan of either Skyrim or Oblivion, or just really like watching how projects like this are coming along. 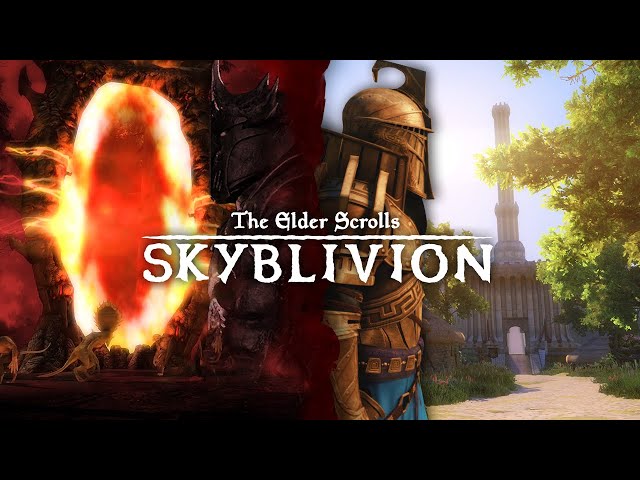 We’re certainly looking forward to playing it and hope that the team gets more assistance in finalising the remaining steps of development. If you’re a budding developer or someone who just wants to volunteer because you loved Oblivion, there is now a volunteer page where you can go to sign up and contribute to the biggest mod of one of the best RPG games of the last decade.