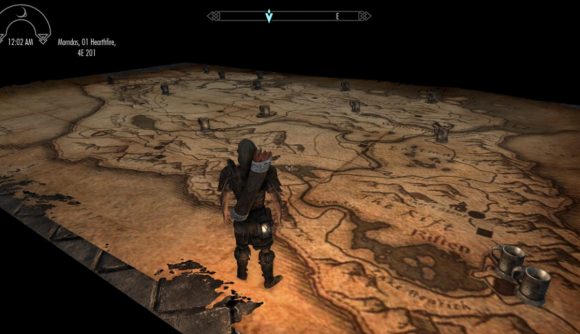 When you’re playing Skyrim, sometimes you want do a bit of dungeon-crawling, and sometimes you just want to go on the piss. Here’s a mod that turns Tamriel into one gigantic, convenient pub crawl.

Made by Trace and jchaney, Pub House Crawl connects all the drinking establishments in the RPG game through a fast-travel system that lets you hop from one to the other with ease. At the entrance of every inn or tavern, you’ll find a port key above the door that takes you to a pocket dimension that’s just a giant map of Skyrim, and Solstheim, with every watering hole marked for your perusal.

“About 150 years ago there was very powerful and talented Nord wizard. He was especially good at creating portals. He could have been great, but, enjoyed his drink a bit too much,” reads the description on Nexus. “He died an untimely death when, in response to a drunken dare issued by Sanguine, he created a portal into a star. Fortunately for us he accomplished his first great goal in life, a way to get to all the pubs and inns in Skyrim without having to go out into the cold.”

Here’s what the command to get into pub crawl map looks like: 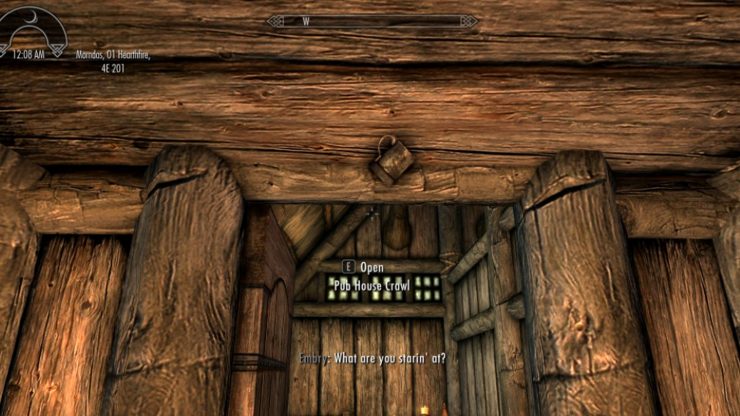 This joins the ability to pet the dog, the addition of The Witcher 3’s quest boards, and the power to spawn loads of penguins as another wonderful recent modification for the open-world game. The top 100 Skyrim mods continue to have healthy competition. As always, mod with caution.