Normally, if I find myself fighting a giant purple wolf god amid the wreckage of a glittering armada on some far-flung fantasy shore, I’m set up for a perfect ‘so there I was’ story, which I’d use as a jump-off point to explain how I got there and introduce the game I’ve been playing. But in this case, I’m fighting a giant purple wolf god on a far-flung shore, and I genuinely don’t know how I got there.

The Waylanders, a spiritual successor to Dragon Age: Origins, is heading into Steam Early Access next week. I’ve played a preview version of the build that will become available on June 16, and which everyone will be able to buy and try out. While some games arrive in early access as essentially finished products, The Waylanders is still very much a work in progress – and that ‘early access’ tag should be taken seriously.

But if you’re willing to deal with some ‘Pardon our Mess’ signs posted where you’d normally find things like facial animation and story cinematics, The Waylanders shows promise – and it’s introducing a fantasy world that’s not quite like anything else I’ve ever encountered.

You begin on the deck of one of those ill-fated ships I mentioned before, employed as bodyguard to King Ith, who is leading a delegation across the seas to make first contact with a mythical race of god-like beings called the Tuatha. Things go dreadfully wrong somehow, but exactly what happens will be revealed in a cutscene that wasn’t included in the build I played. 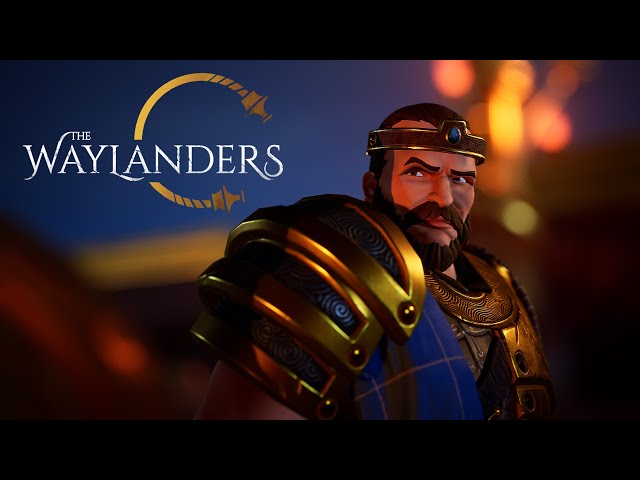 What is clear is that The Waylanders has crafted its world from a unique blend of existing and novel mythology, borrowing liberally from real-world cultures while at the same time spinning up its own fantastical background, full of golden-eyed immortals and powerful magicks. This is a world where a muscle-bound Greek mercenary trying to forge his own personal Odyssey fights alongside a powerful Celtic druid, who comes complete with tartan robes and memories of Ireland.

My character, meanwhile, is a diminutive werewolf rogue named Hrolleif, and so far I haven’t discovered much of what makes her stand out from the bunch. There’s a lot that I’ve had to piece together myself, as you might expect from a build this early in development, and I’m thankful that I’ve been able to fall back on my Dragon Age: Origins experience to make sense of the combat.

Like characters, your formations accrue experience points that can be used to unlock new abilities

It’s here where I expect to see the meat of The Waylanders’ gameplay to develop, and where it’s more akin to Dragon Age: Origins than any of the Dragon Age games that came after it ever were. Combat is in pausable real-time, and you can queue up moves and attacks on the fly, setting up deadly combos with well-positioned characters.

To this, The Waylanders adds an interesting formation system. Rather than simply setting a layout for your characters, these are true battle formations – activate the mode, and selected party members will form a wall of spears and operate as a single unit in a fight. I’ve used it effectively to protect vulnerable casters and healers. Like other units, formations have their own battlefield moves, which you can assign to a skill bar that appears on the bottom of the screen during fights. And like characters, your formations accrue their own experience points that can be used to unlock new abilities and passive bonuses depending on how you play.

There’s a lot of potential on display here, but everything is still tangibly missing a lot of finishing touches and polish. Only a few scant elements of the tutorial have been implemented so far, and even the in-game codex is of little help at this stage. The unfinished state of the game is apparent just about everywhere – cutscenes missing character assets and animation, camera jank, equipment stats that are unexplained, and unclear cues in combat are indications of where Gato Studio still needs to devote development time. 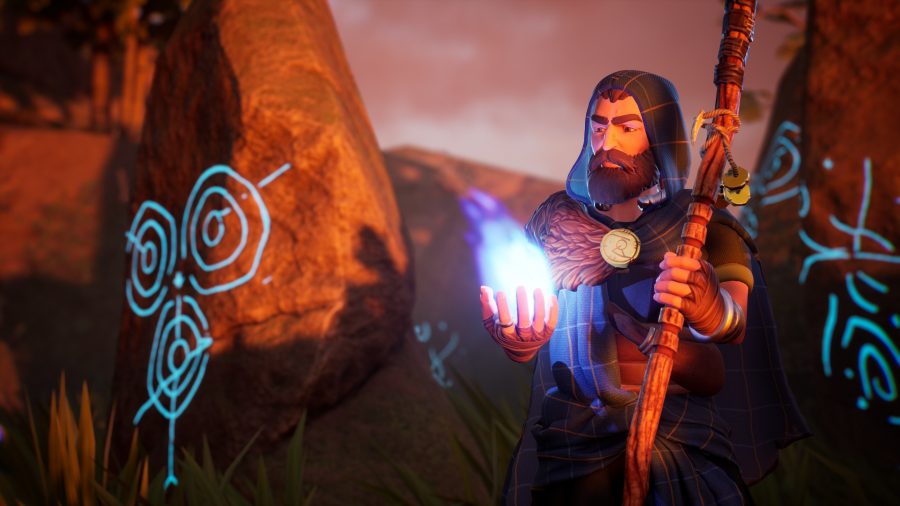 My message to the world is that this is all okay. Gato has been fairly clear about what stands between The Waylanders as it exists now and what’s planned for the full version. But what’s present in the game already is enough to pique my interest – there’s a weird and wonderful world to explore and learn about, and a combat system that feels satisfyingly old school and complex.

However, it’s worth pointing out that early access is definitely not the ideal way to experience this game. The Waylanders’ real promise is in something fully formed, something that you can dig into with both hands, into which you can pour many hours solving its mysteries and mastering its teamwork-focused combat. That’s not possible in this early build, and it may be best to wait for this fruit to ripen a bit before biting into it yourself.