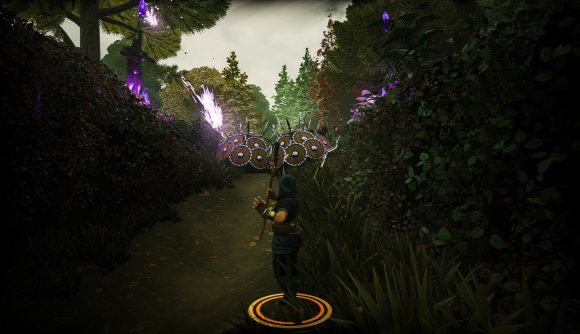 When I checked out an early build of The Waylanders, a Dragon Age: Origins successor that weaves Celtic folklore with fantasy role-playing, I came away impressed at its clear promise – but warned readers that it was still an incomplete game. Gato Studio has now published an early access roadmap that sets a tempo for updates to the game, and gives us an idea of what to look forward to in the coming months of early access.

Gato Studio will be updating the early access build of The Waylanders every two weeks while it’s in early access, and plans on releasing the completed game some time in the first quarter of 2021. The new roadmap (which you can view below) details the next two months worth of updates, which will alternate between additional content and gameplay polish.

In the first July update, players can expect to see a major bug fix patch that also includes improvements to the game’s audio, cinematic fixes, and Steam trading card implementation. The next is a content drop, which will add new companions and new loyalty quest info.

Through August, we’ll see additional story content added, and additional bug fix passes that tighten up combat and the user experience and add a crafting system.

Not yet scheduled but on the roadmap are even more new features, including romance plot-lines, more story quests, more side missions, new areas to explore, advanced classes, support for more languages, and more.

If you want to dig into some of the games that inspired The Waylanders, have a look at our roundup of the best RPGs on PC.