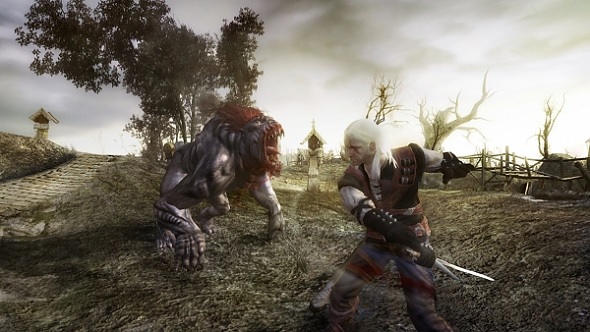 If you’re one of the millions of people whose first encounter with Geralt of Rivia was with The Witcher 3: Wild Hunt, you may have wondered how the story began. Now you can pick up the first game in the series, The Witcher: Enhanced Edition, for free over at GOG. They’re throwing in a keg of Gwent cards as well.

The Witcher 3 is on our list of the greatest PC games of all time.

To redeem your “Welcome Bonus” game and the card keg, you’ll have to sign up for GOG’s monthly newsletter and create an account if you don’t already have one, which you can do through their site.

If you’re unfamiliar with Gwent, it’s the collectible card game featured in The Witcher 3, now a standalone game of its own. Kegs – Gwent’s version of card packs – grant you four cards randomly-drawn cards, plus a fifth one that you choose from a selection of three. Gwent’s currently still in beta but is free to play, although we haven’t been impressed with the way it handles loot drops.

As for the original Witcher game, it’s quite a different experience from 2015’s gorgeous open-world entry in the series. Released more than ten years ago in 2007, even the enhanced edition is pretty creaky-looking by modern standards, and some of the story beats are even more outdated. You could play it while waiting for Witcher 4. It’s not a bad game by any stretch, and it’s a chance to learn more about Geralt, his friends, and how the events in Wild Hunt got started.