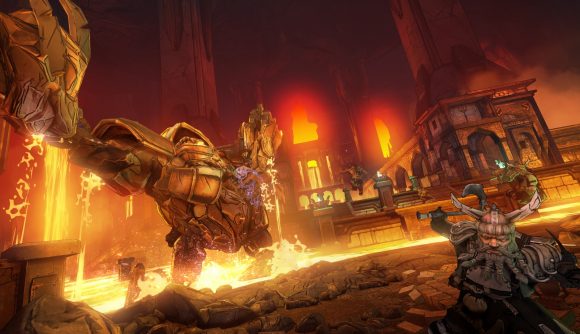 Tiny Tina’s Assault on Dragon Keep, perhaps the most inventive DLC in the Borderlands series, is now available as a standalone adventure, and better yet, it’s a free game on the Epic Store until November 16. The 2013 DLC is also available on Steam, and it introduces the central conceit of Wonderlands: Tiny Tina as the game master in a Borderlands-flavoured spin on Dungeons & Dragons.

In Assault on Dragon Keep, Tina gets some friends together for a game of ‘Bunkers and Badasses,’ a tabletop RPG game that players then become fully immersed within. Since it’s Tina calling the shots, the world changes as she tells the unfolding story. Tina adds characters and changes the appearance of places while you’re moving through them, making the adventure a highly unpredictable one.

It was a surprising and delightful departure from the main story of Borderlands 2 when the DLC launched, and now it serves as the prelude to the upcoming Tiny Tina’s Wonderlands, which is due out in March 2022. Gearbox says it’s added some new loot and cosmetics to earn in this version of Assault on Dragon Keep, but we’re not sure whether you can import any existing Borderlands 2 characters into this standalone release, which is officially titled Tiny Tina’s Assault on Dragon Keep: A Wonderlands One-Shot Adventure. 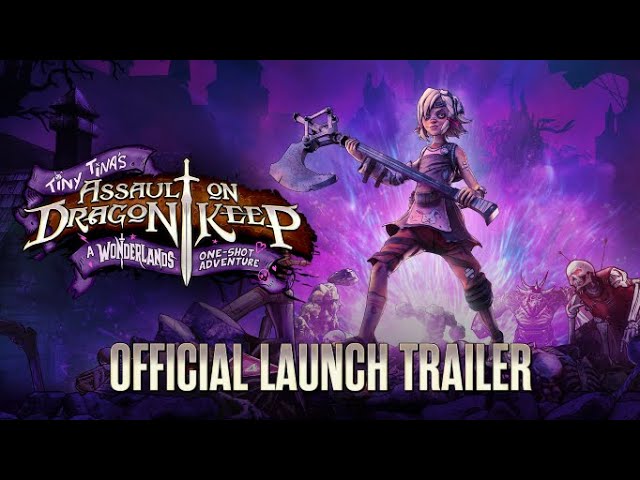 As mentioned above, the standalone version of Tiny Tina’s Assault on Dragon Keep is available free on the Epic Games Store through November 16. It’s also available on Steam, although bear in mind you’ll have to pay actual money for it there.