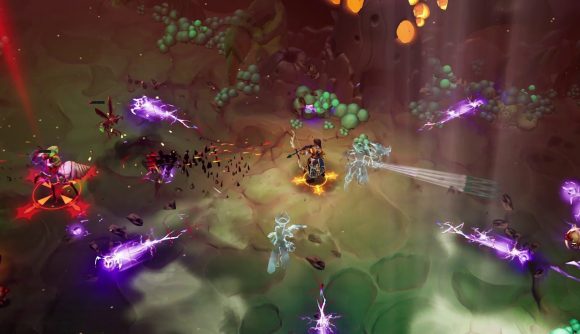 Torchlight III has only been in early access for the past three weeks, but it’s about ready to add an update that completes its narrative campaign. The game’s first major update is due to land June 30, and that will include Torchlight III’s third and final major section, Echonok – as well as a host of bugfixes, improvements, and changes.

Echonok is a mountainous region that is the home to the underground ruins of an ancient dwarven civilisation. They were masters of the engineering craft, and build complex stone and metal machines powered by ember. While the dwarves themselves are long gone, the steam-powered automata they created to guard their homes remain on watch. Without anyone in charge to tell them otherwise, they wander around making sure the gold-clad halls remain free of riff-raff such as you and your party members.

Above ground, up near the peaks of Echonok’s mountains, there’s another race of ember-loving creatures: the Vultura. These are strange, bird-like people who have become mutated by the ember. Constantly scavenging, the Vultura add mechanical components to their bodies to enhance their abilities in combat and flight. Like the automata, they’re a ‘shoot first, ask questions later’ folk, which naturally means you should march straight in and start a fight.

If you played – or tried to play – Torchlight III the weekend it arrived in early access, you might be surprised to learn that the final story act is arriving next week. Things did feel pretty rough for Torchlight III’s first day and a half, and Echtra CEO Max Schaefer acknowledges that in a post to the game’s Steam page dated June 25. 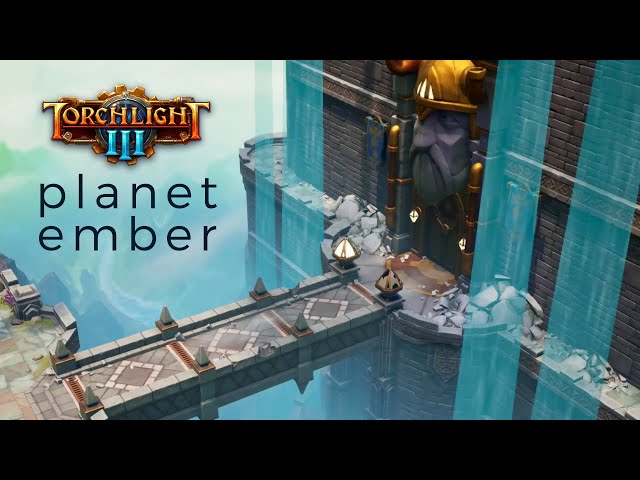 “After the first 36 hours of getting our servers stable and fixing all the things that catch fire when thousands of people play your game for the first time, we got to the business of listening, bug-fixing, and developing a roadmap to maximizing the potential of Torchlight III,” he wrote.

Schaefer also said the team has been listening to player feedback intently, and is using that input to shape the future of the game. An example? Lifebound items are kind of individual pieces of hardcore gear that are destroyed if you die while they’re equipped. These generated intense feedback, both good and bad, and in this update the team will be testing an opt-in system. You’ll be able to find lifebound scrolls that can enhance particular items but make them lifebound, so you’ll still lose them if you perish while using them.

The update also fixes several quests that have been breaking for players, and a few inadvertent progress-stoppers (like being unable to enter the Den of Upheaval). Pets are getting increased aggro range, so you should see them using their combat skills more regularly after this update.

Torchlight III seems to be coming along at a brisk clip, so it will be interesting to see what happens over the course of early access.