Good news, strategy games and MOBA games fans – Total War: Arena is getting a re-launch with a bunch of new maps. At the moment, the re-launch is exclusive to China, but it can be played in English, and “a later release in the rest of the world under consideration”.

Developer Creative Assembly and publisher NetEase announce in a press release the Total War: Arena China re-launch arrives this very day, and brings seven more “iconic battlefields” to the RTS game’s original five options. For example, the UK’s Hadrian’s Wall and Germany’s Teutoburg Forest join the lineup, along with several others: Issus, Gergovia, Marathon, Germania, and The Rubicon. The game also features “intense historic” 10v10 battles, along with a batch of history’s “greatest commanders”, which are based not only on their own background but other games from the Total War series, too.

The China re-launch of the game is set for today (September 23), however, the studios have provided information on how to play it with English language settings if you’re ken to give it a go.

All you need to do is head to the data folder in the game’s installation directory, and change the name of the Chinese language pack ‘local_cn.pack’ to your preferred language setting. The game “automatically switches to English when you re-enter”, the release explains. Neat. 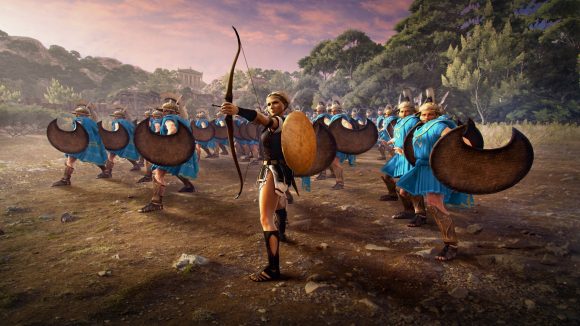 Total War: Arena initially launched in open beta in 2018, however, it closed in early 2019 as “the results of Arena open beta test did not meet all [the developer’s] expectations”. The game features both PvE and PvP game modes for up to 20 players, who can battle it out with over 20,000 units across its various battlefields.

The Chinese re-launch version of Arena includes the Barbarian, Carthage, Greece, and Rome factions from the Total War series, each featuring a “unique leader”. The title’s time span covers the “Hellenistic era (B.C. 499) through to the Three Kingdoms period in China (A.D. 280)”, the studios explain. 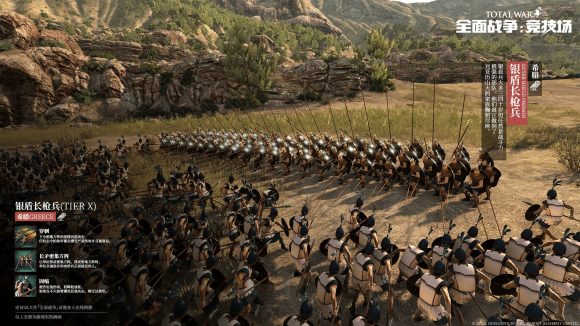 There’s no confirmation of a launch beyond China just yet, but the studios say a “western re-launch is under consideration”, so watch this space – we might see it arrive in Europe and North America at some point. We have a Total War: Arena PC review from 2018 if you’re keen to get an idea of what it’s all about.