The Total War series can be difficult games to get into. Whether that’s learning how to micromanage a huge variety of units in the chaos of the battlefield, or governing those conquests, maintaining public order and engaging in diplomacy on the campaign map. Many of us grew up with Total War, but it can still be a struggle to appreciate how much more complicated the series has become over time.

Just looking at recent instalments; between Total War: Three Kingdom’s empire management and spying systems, or the new tactical dimension of magic and monsters in Total War: Warhammer there’s now a lot more to consider. These games are not going to get simpler any time soon.

Don’t despair however, for we’ve compiled a list of top tips and tricks picked up over thousands of hours of Total War goodness. We’ve tried to stick to more general principles so that, no matter which Total War game you’re actually playing, these will help you in both your campaigns and  tactical battles. Just make sure you also account for the differences in design imposed by specific games.

War never changes, and this most revered and universal battlefield tactic will serve you well no matter the game. ‘Hammer and anvil’ is when you engage an enemy on one side (usually with infantry) who become ‘the anvil’. Then you move your cavalry (‘the hammer’) around the side and charge them in the rear. It is one of the greatest ways of quickly breaking an infantry fight and as a general rule, the heavier your hammer, the better. 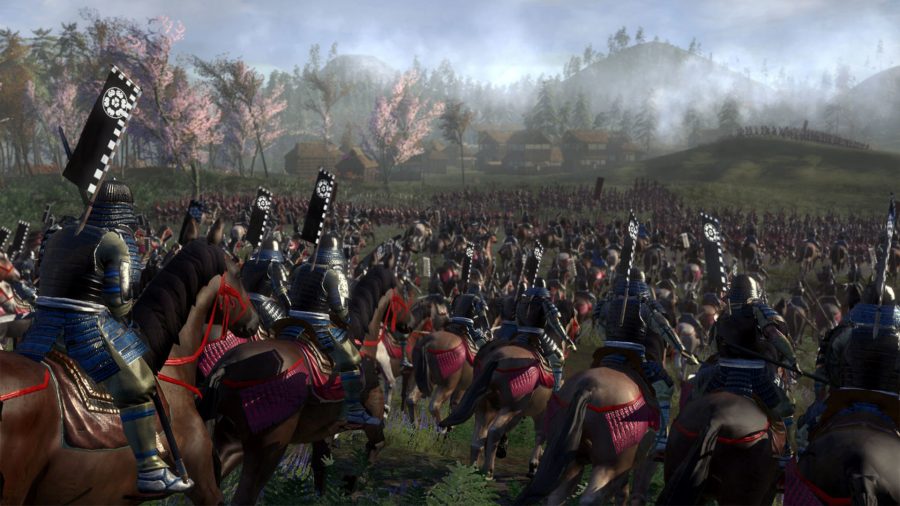 Never do anything for free

Money can often be hard to come by during a campaign, hence my favourite tip: when dealing with other factions in diplomacy, squeeze them for as much as they’re worth. The same goes for declaring war — if you already plan to go to war with a faction anyway, why do it for free?

Find a faction who is already at war with them and make them pay you to do it. Joining wars with other factions is especially useful when it’s against factions who are far away. You can gain money and make them like you, allowing you establish trade and allies quickly, without ever having to lift a finger. And chances are the faction you declared war against will ask for peace eventually, for which you can also exact a hefty sum. 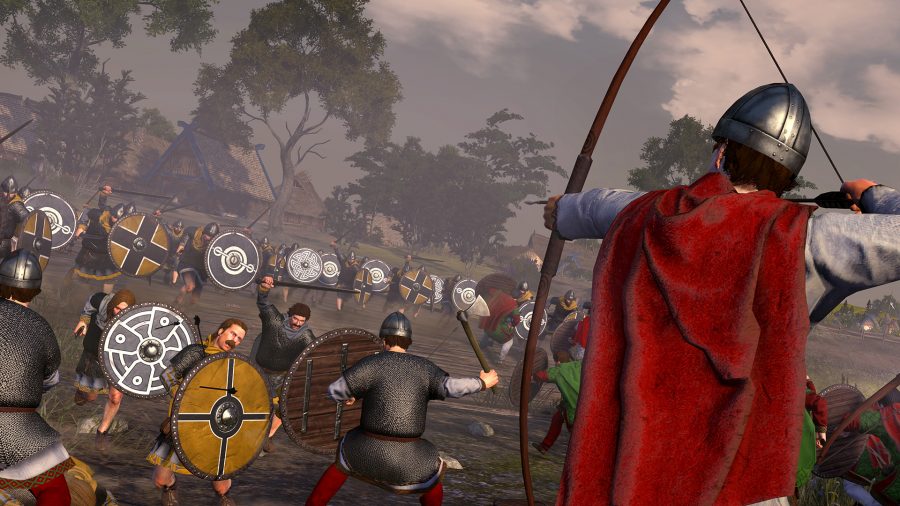 There’s a reason archers were recorded as being the most popular unit in Three Kingdoms. Missile units are both a cheap and extremely versatile way of padding out your armies early on. Provided you protect them, missiles can take down cavalry, other missiles units, infantry, or monsters and flying units in Total War: Warhammer. Even if they aren’t armour-piercing, using all your missiles to focus-fire on a single valuable unit can do a surprising amount of damage.

Even if it doesn’t rout the unit, it may still weaken them before they enter the fight, giving your infantry units a greater chance of tipping the balance in their favour. Missiles are also the most attritional unit, it’s why fighting Wood Elves is always such a pain, because if a missile unit can keep firing for an entire battle, even if it’s a cheap one, it’ll still do a lot of damage. If you don’t have cavalry to hammer and anvil, it’s also worth remembering you can move missile units around enemy infantry to shoot them in the back.

It may be tempting to build that extra market, or tailor, or sake den, but if you want to hold onto what you’ve gained and not re-fight old battles, garrisons are the way to go. They are essentially upkeep free armies, which is incredibly powerful when you think about it, but they can also be surprisingly versatile.

If you go into ambush stance within reinforcing range of your settlement for example, some enemies will make a go of it, drawing themselves into a battle where you effectively have two armies against one. In Total War: Warhammer, garrisons also provide walls to smaller settlements meaning that even if your garrison can’t win the battle, it’ll buy you vital time to get someone there to help them. 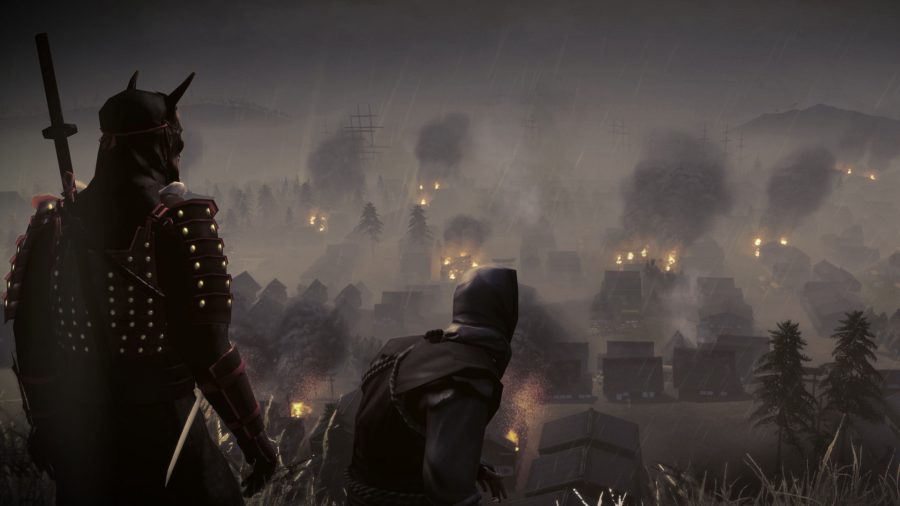 The above rule also works the opposite way. If an enemy has a full army sitting in a settlement that also has a massive garrison, you might want to draw them out first. Put a full army in ambush stance a little way from the settlement, and then place a small army behind them within reinforcing range. The enemy will come out to attack that little army and be ambushed into a battle where you now have superior numbers. You should take far very few losses, and then be able to capture the settlement.

Clean up the battlefield

Unless you’re fighting an army in a forced march stance (in which case they are automatically destroyed) it’s in your best interest to make sure as few enemy units walk away as is possible.

This is especially important when an enemy is sallying forth from a settlement you are besieging, or will run back to one after a battle — a soldier inside the walls is harder to kill than one outside, so reducing their numbers will make any subsequent siege battle easier, or might even give you the settlement if there’s no one left to return. The best units to do this are fast-movers: light cavalry, or dire-wolves and warhounds. Chasing high-value units which are routing is also a good general rule, as it will prevent them coming back to cause you trouble later in a battle. 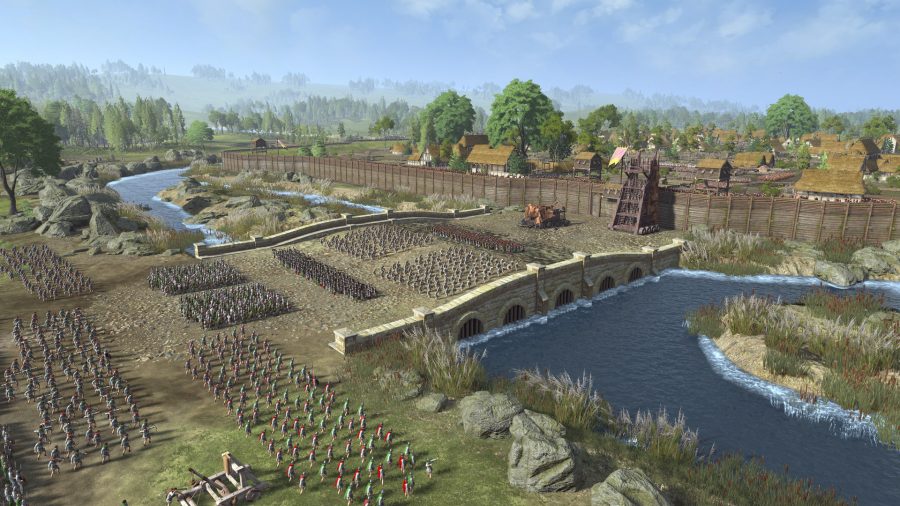 No matter what Total War you’re playing, terrain is always important, and the best way of using terrain to your advantage is forcing the enemy to come to you. Artillery is the greatest tool for this. Even if you only have one artillery piece, if your enemy has none, they will rush you as soon as you start firing on them. This means you can make them climb a hill, force them into a chokepoint, or use a geographical feature or building to protect one of your flanks.

More like this: Here are the best RTS games

Even if an enemy does have artillery, they might let it trail behind them as they move meaning you can potentially destroy it, giving you the advantage. It’s always worth weighing the pros and cons of taking out enemy artillery early on, even if it entails sacrificing a unit.

When defending in a siege, don’t always feel obligated to use the walls. If you have few troops, there’s no point spreading them thin when you can instead use them to create a chokepoint. In case anyone doesn’t know, a chokepoint is when you block off a narrow piece of terrain, such as a city street, a gate, or a bridge. This means only a limited number of enemies can attack you at once, prolonging the engagement, but also causing them to bunch up, increasing the effectiveness of your missiles, artillery and magic in Total War: Warhammer.

It can also leave them open to a highly effective hammer and anvil, if you can manoeuvre your cavalry to their rear. It’s also worth remembering walls work both ways. If you can get your missile units onto an enemy’s walls during a siege, you can fire down on cavalry from relative safety, or you can set up avenues of fire, keeping routing units on the run and damaging new units moving to reinforce the gates. 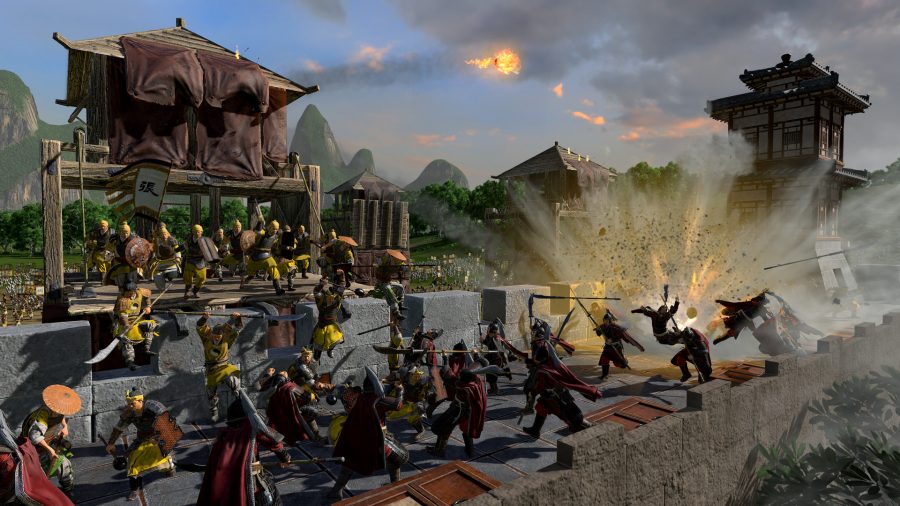 Sometimes when fighting a faction of similar or greater strength you can hit a stalemate, a point whether neither of you is making significant progress, or you are just trading territory with one another. It is far easier to fight these hard-to-manage wars through incremental gains. Rather than slogging it out, put yourself in a position to take as much as you can as quickly as you can when you declare war, then sue for peace. Then basically rinse and repeat.

It allows you to use initiative to make rush-gains before the enemy has a chance to respond properly, and usually they will be open to peace, provided you’ve taken enough in those opening engagements. It’s always worth remembering that diplomacy and war are intrinsically linked, whether in terms of managing the number of fronts you are fighting on, so as to systematically eliminate opponents, or in terms of putting pressure on enemies through allies.

Perfect combinations and when push comes to shove

There are basic relationships between units in battle, cavalry beats missile, swords beat spears, spears beat cavalry. But these relationships are altered by myriad factors — what if those missile units are protected? What if those spears are heavy and elite? What if the cavalry charges the spears in the flank? Or if they aren’t braced?

Understanding the inherent relationships between units, but also the factors which throw those engagements on their heads, is the key to being good at Total War. Those relationships will always remain true, but only in the purest possible sense in terms of units and battle conditions.

Once you understand that inherent changeability, it allows you to use units in roles they aren’t traditionally meant for — when push comes to shove, you might use an artillery crew to fight, use cavalry for a chokepoint, or hammer and anvil with two units of infantry. It doesn’t matter how you win, as long as you win. All is fair in love and Total War.