Paris is the weediest hero in the game from a lore perspective. The foppish love rat who starts the Trojan War, and then – in the Iliad at least – takes no responsibility for it, chickening out of a duel that might’ve settled the whole thing and then spending the rest of the war in bed with Helen while proper heroes like his brother Hector are out there fighting. But, by picking him to play and cleaning up his mess, you can redeem him! And it’s actually pretty fun doing so.

For some reason, Paris gets one of his brother’s best unique units – the Champions of Troy. He misses out on Hector’s Chosen, but replaces them with two of the best archers in the game – Trojan Nobles and their upgrade, Trojan Princes – as well as a unique archer chariot. Honestly, his archers are so good (Paris himself buffs them when he’s leading the army) that you can win battles by just spamming them and keeping them protected. They survive really well in auto-resolve too, if you’re into that.

Bickering with Hector via the Priam’s Heir mechanic is a laugh, but because earning Priam’s favour gets more difficult the higher up the ladder you climb, it can be quite stressful. Some of its goals can be literally impossible to achieve, too, like when I got asked to build a tier three wine merchant without any buildings from the same chain – even had I had the resources, the construction time would’ve exceeded the ten-turn limit. That’s just something you’ll have to put up with.

Moving Helen around to keep her and Paris happy can be annoying but for the most part it’s a boon, as she grants huge happiness and growth buffs to the territory she’s in. Assuming you’ll be using your epic hero to do a bit of fighting – as you obviously will – this means you’ll be parachuting Helen into some pretty war-torn areas, which is handy as she almost guarantees that those areas will be stable. Paris is great for those who like to consolidate and develop their conquests, rather than burning them down.

Paris’s start position is rated hard, presumably because your starting enemy – the invading Achaeans from Makaria – have a stronger position than is typical, with two settlements on Lesbos to your south and an army on the mainland. It’s nothing you need to worry too much about, however.

Killing their mainland army and settling Hamaxitos to unifty your starting province is simple, and you’ll find then that your brother Hector will help you to contain them. In fact, your real concern should be to somehow stop Hector from taking Lesbos away from you, because it’s very valuable: it provides access to a myth unit (harpies) as well as bronze and stone, which are precious in the early game. Kicking off against the Trojan faction that holds Methymna may be too much of a diplomatic risk to consider until you’re a little stronger, however, and declaring war on Hector is out of the question. The ideal scenario is Makaria takes Methymna and then you take the entire island from them. 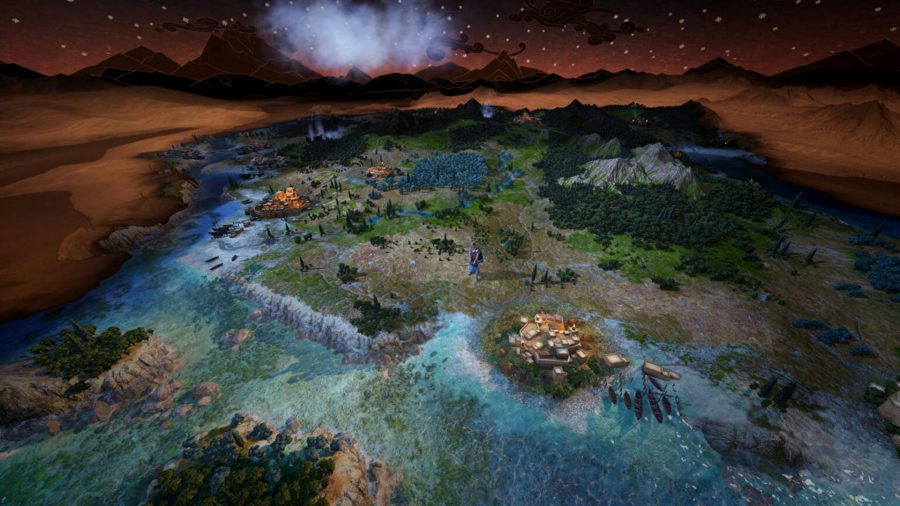 However things shake out, you don’t have too much to fear from this first antagonist, but you may find that Agamemnon comes snooping around in time. Be very careful here. He starts in a defensive alliance with Sparta and may well have developed his non-aggression pacts with the other Greek heroes into alliances by the time he arrives. Declaring war on him will thus drag you into a conflict with the biggest powers in Greece, which you should avoid until you’re ready. The question, then, is where do you go to build up your strength?

You want to take land off people who won’t give much resistance and don’t have powerful friends. Look south and east, to places like Kyme and Erythrae. There are lots of weak Trojan factions here who aren’t so closely aligned with your current allies that you’ll upset anyone important by conquering them. Do try and finish what you start, however: stronger residents of this area, such as the Carians, will be a constant thorn in your side, bubbling up at inconvenient times to try and reclaim their former holdings, if you let them live. This is another good reason to delay fighting the Greeks until the last possible moment, to minimise your distractions. The big names in this area, such as Hippolyta and Sarpedon, will be too strong for you to take on for a while, but they make powerful friends. That’s fine – there’s plenty of territory in this region to go around. You could try to conquer the Trojans a little closer to home, in places like Antandros and Thebe Hypoplakia, but there’s a fair chance Hector has already started doing that and it’s in your interest to let him grow strong, too – he’s a useful bulwark against the Greeks. 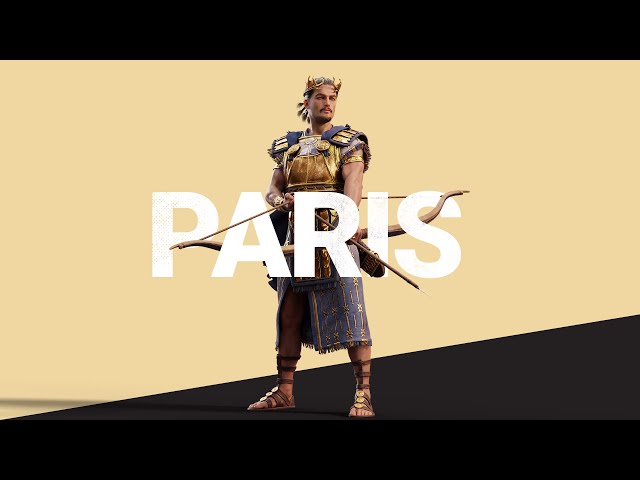 You’ll compete with your bro Hector for your father’s favour, and to be named heir to Troy. When you hit 400 favour with your dad King Priam, he vacates the throne for you, and both he and your brother confederate into your faction. Since he personally holds the city of Troy, this means you get to control it. It’s quite hard work getting there, though. There are three tiers of favour before you get to 400, with each tier unlocking increasingly powerful buffs, and a special hero sent by Priam.

The things you do to earn favour change at each tier. You recieve +10 favour for each mission in your personal quest chain – that remains constant. Others vary hugely, starting easy (gain favour with Apollo, defeat Achaeans, keep your provinces happy and well fed, etc) and getting much harder, up to conquering settlements around the Aegean, razing Achaean settlements (esp Mycenae), etc. This ensures that the contest will last for most of a campaign and that it’s difficult to feel too confident in your lead, as if you’re on a higher tier from your bro, it’s not too long before even the AI will catch up.

You can also undermine your brother, causing him to lose 10 favour with Priam (and diplomatic opinion of you) if he’s too rich (300 gold ahead of you), gets wounded in battle when you’re not, or is in the same province as you with a lower level. Amusing pettiness and bickering proceeds. 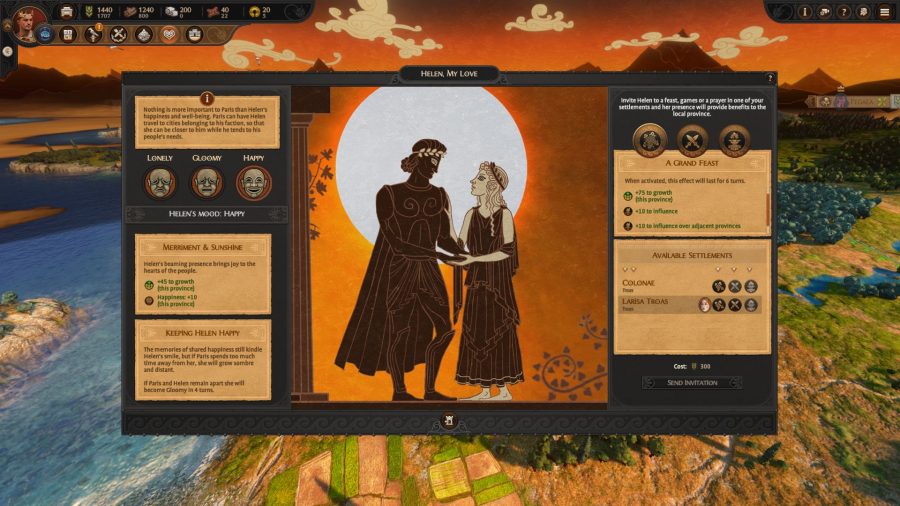 Helen and Paris need to be periodically reunited (ie, to be in the same settlement as each other for at least one turn) to keep them both happy or else they get sad and bad things happen. Helen’s mood degenerates every four turns she’s away from Paris.

When Helen is happy, she grants +10 happiness and +45 growth to the local populace. When she’s gloomy, she causes -6 happiness locally, and when she’s lonely, it’s -10 happiness factionwide.

Paris’s mood suffers based on Helen’s situation, too – if he’s happy, his army gets +8% morale and -15% upkeep. If he’s gloomy, it gets -15% morale.
Lonely causes +5% campaign movement range (eager to get her back I guess), but -10% morale (so a weaker debuff, in fact?). If someone else has captured the settlement that contains Helen, he gets furious: +5% campaign movement, +10 damage to all units, +10% morale to all units.
If he retakes Helen’s settlement, he becomes Heroic: +15% morale and -30% upkeep to all units.

You can move Helen around the map to any settlement you own with an event, and receive buffs based on the event she visits.

Paris’ playstyle and unique units are geared towards engaging with foes from afar. He is focused on ranged superiority in battle, with some of the best archers, plus a solid defensive line, and some quick axe units. Paris can’t recruit Warlord heroes, but he gets Champions of Troy, Trojan Noble Chariots (a fast medium archer chariot), Trojan Nobles and Trojan Princes – these are two excellent medium archer units with great range that can shoot while moving, plus the princes are armoured – probably the best all-round archers in the game.

That’s everything you need to know about playing Total War: Troy as Paris – once you’ve achieved victory, why not find out what other adventures await in our Total War Saga: Troy review, or take your tactical ideas over to one of the other best strategy games. If you’re looking for guides on the other faction leaders, see our Sarpedon guide, Hector guide, Agamemnon guide, Aeneas guide, Achilles guide, Menelaus guide, and Odysseus guide.