Creative Assembly recently revealed the next free Legendary Lord coming to Total War: Warhammer 2, and it’s the Dark Elf beastmaster Rakarth of Karond Kar. In a teaser video released today, the studio has revealed that the character will be voiced by Welsh actor Iwan Rheon, who you may remember as the sadistic creep Ramsay Bolton in HBO’s Game of Thrones.

There could hardly be a better audition for a Dark Elf role than playing Ramsay Bolton, and Rheon’s performance as the cruel and calculating bastard son of Roose Bolton was bone chilling in the series. In the clip posted to the Total War YouTube account, you can hear every bit of the sociopathy Rheon oozed as Ramsay.

“We have a visitor, Bracchus,” he says, addressing Rakarth’s black dragon companion and battle steed. “Shall we hear them? Or flay them alive?” This is well within normal etiquette for Warhammer’s Druchii, as they call themselves – the Dark Elves are legendary for their cruelty and malevolence. Ramsay Bolton would probably fit right in – at least as well as any human could, anyway. House Bolton’s sigil is, of course, the Flayed Man. 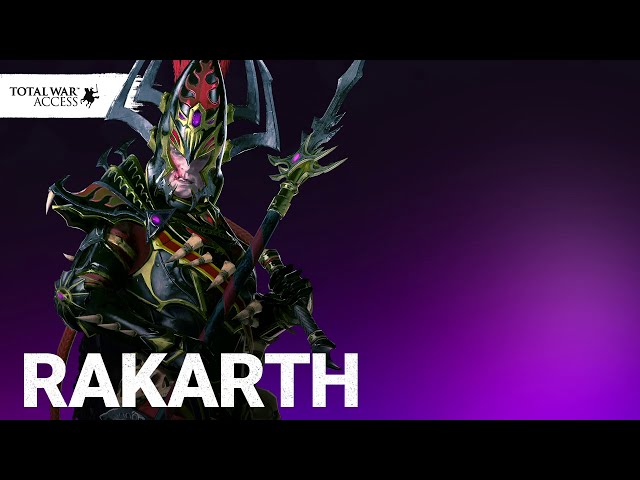 In the strategy game, Rakarth will be armed with the Whip of Agony, which can turn the tables on enemy monsters, subjecting them to the same terror they normally instill in others.

Head to your Total War Access dashboard to claim Rakarth (and Bracchus) when he unlocks March 18.