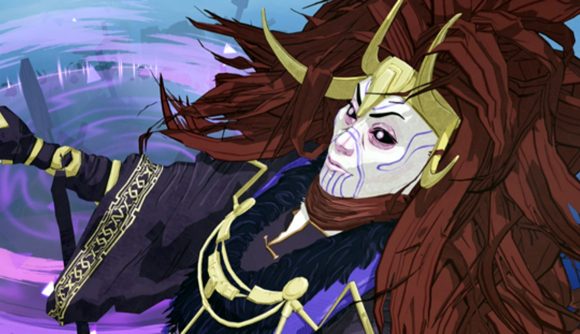 Tribes of Midgard is a Gearbox-published action co-op survival RPG that came out last week, July 27 to be exact, to general acclaim – and it’s apparently already brought in over 250,000 players across PC and consoles.

The game – inspired by the likes of Don’t Starve Together and some of the other great survival games on PC – launched on July 27 for PS4, PS5, and PC via Steam, and has done pretty well on Steam since then. According to SteamDB, Tribes of Midgard’s concurrent player counts have been consistently going up since release – with a new peak reached just yesterday evening with 30,930 concurrent players.

It was the number four bestselling game on Steam last week, just under cyberpunk RPG The Ascent and two versions of Amazon’s MMO New World – which is currently wrapping up its closed beta before the release at the end of the month, so Tribes of Midgard actually has a chance to go up the charts this week if this momentum continues.

If that player count of over 250,000 isn’t enough of a clue, in general Steam users have been supportive of Tribes of Midgard too – as the game currently has a rating of ‘Mostly Positive’ from over 3800 reviews. This is an incredibly positive start for a game that only released last Tuesday.

We are very excited to announce that Midgard has been protected by over 250,000 Vikings!🤩⚔️

Thank you to our growing community for your continued support and for helping us achieve this amazing milestone.❤️ pic.twitter.com/rqPeOG0PVP

Regarding Gearbox’s own games, it’s currently hard at work on the D&D-inspired Tiny Tina’s Wonderlands and an unannounced game that may or may not be Borderlands 4. As for anyone else who’s looking for similar multiplayer-focused survival RPGs, DayZ creator Dean Hall’s Icarus may be well worth your time.