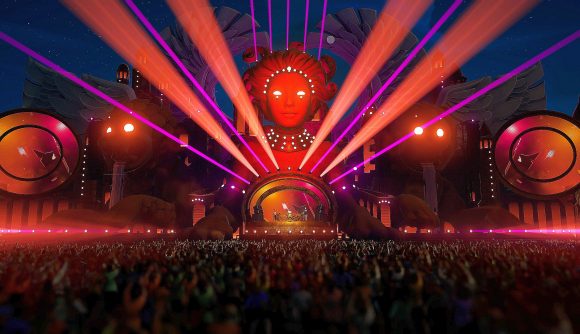 Twitch has issued an apology for its handling of this year’s huge surge in Digital Millennium Copyright Act claims, which saw countless streamers scrambling to delete archives of streams and clips that potentially contained copyrighted music. The streaming platform says it handled things poorly and pledges to keep streamers better informed in the future, but the statement hasn’t satisfied a lot of frustrated content creators.

“Your frustration and confusion with recent music-related copyright issues is completely justified”, the post leads off. “Things can – and should – be better for creators than they have been recently, and this post outlines our next steps to get there.”

Responding to a massive uptick in copyright claims from music license holders earlier this year, Twitch recently sent out a warning email to countless thousands of streamers that instructed them to carefully scrub through their back catalogues of VODs and clips to delete any content that included copyrighted music within three days. Twitch included the option to batch-delete all user-created clips from streams – which many streamers felt was an unhelpful, blunt-force approach to handling years’ worth of content.

“You’re rightly upset that the only option we provided was a mass deletion tool for Clips, and that we only gave you three-days’ notice to use this tool”, Twitch says. “We could have developed more sophisticated, user-friendly tools awhile ago. That we didn’t is on us. And we could have provided creators with a longer time period to address their VOD and Clip libraries – that was a miss as well. We’re truly sorry for these mistakes, and we’ll do better.”

But while Twitch says it’s taking responsibility for these mistakes, it’s not entirely clear from the post that much is changing in the future. Twitch says it’s working on developing more tools to help manage content libraries and to control what music appears in them, but the onus for keeping clear of DMCA violations remains squarely on streamers. That makes a certain amount of sense, until the issue of erroneous DMCA claims comes into the picture.

Responding to Twitch on Twitter, Twitch partner HelpingHans points out that there were many cases in which music creators were banned for playing their own music. Another streamer asks how he got a DMCA strike for a VOD from 2014 when he only began streaming in 2016 – and has never in that time had VOD archiving enabled on his Twitch account. Countless others have received strikes or bans simply for playing the soundtrack music included as part of the games they’ve been streaming. Earlier this year, streamers were suspended due to fake DMCA claims over the U.S. Democratic primary debate.

A few big-name streamers have expressed optimism, however. Cohh Carnage thanked Twitch for the update and said he was “looking forward to the follow-through.” Zach Bussey, host of the Today on Stream show, described Twitch’s statement as “a commitment to continue with transparency/sharing of information”, adding “Let’s hope that holds true.”

Twitch is addressing DMCA a bit more directly. Confirming some things I've reported, but leaving out some details about others.

And there's a commitment to continue with transparency/sharing of information. Let's hope that holds true.#TwitchNews https://t.co/wHjxgTqX1w

But the general consensus is that the lengthy blog post is too little, too late – creators feel burned by the requirement to delete years of content on short notice, and others are frustrated by the prospect of being struck with DMCA takedowns even after they do, since the content remains on Twitch’s servers even after deletion.

The post itself goes into detail on what streamers can do to avoid DMCA strikes, but it ultimately boils down to never streaming licensed music and, in many cases, going so far as to mute game soundtracks. Those are steps many streamers are already taking, and they’re upset that in many cases it hasn’t been enough to prevent DMCA strikes.

As ShannonZKiller put it, “The apology feels genuine and is appreciated but there’s still serious unanswered concerns here and we cannot wait another month for those resolutions.”