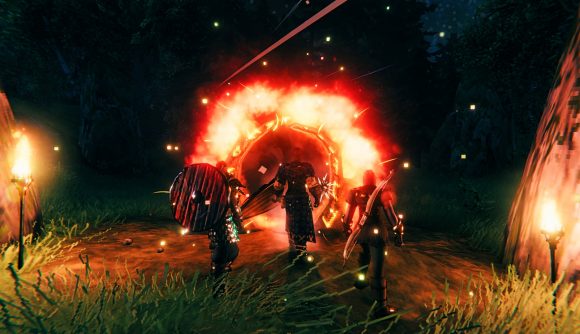 Very cool Viking game Valheim keeps going from strength to strength. Since its release at the start of last month, it’s lodged itself among Steam’s most-played games. Going by SteamDB, it’s currently being played by 234,899 people at the time of writing, which puts it in and around Dota 2, PUBG, and Apex Legends. Now, though, it’s hit another milestone. Valheim has sold over five million copies.

The Iron Gate team took to Steam to reveal the news, alongside some other nifty stats. We’ve collectively spent 15,000 years playing Valheim, and more than 35 million hours of it has been watched on Twitch. The survival game is also “number 39 in the best user-reviewed games on Steam of all time”, Iron Gate says. It was only last week that the team revealed that Valheim had hit four million sales, which means the game has received roughly one million in the previous week alone – not too shabby.

While the game has only been in Early Access for one month, we’ve got oodles of small tweaks and even a Valheim roadmap for what the future holds. Just recently, some of the bosses were made more difficult as we were killing them a bunch, and Valheim’s dedicated servers got some TLC, too – though some issues popped up, seemingly.

My favourite part of Valheim has been watching community builds come to life and mods being put together. Someone recreated the Millennium Falcon, and you can now scrap with your pals to settle any beef you might have.

If you want to know how to set up a Valheim server, you know where to click.