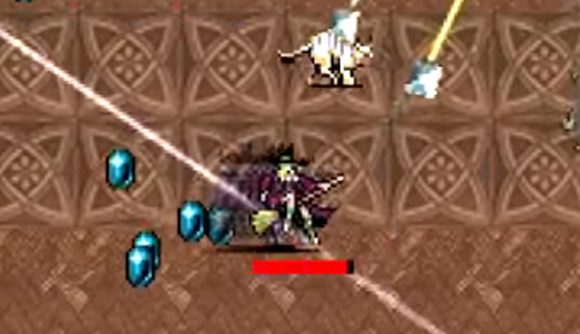 The new Vampire Survivors 0.5 patch notes are here along with the big new update for the roguelike game, which – as developer Poncle previously confirmed – is headlined by the inclusion of Arcana power-ups that can completely change the game. Also, cats. Lots of cats.

With the vampire game now at the halfway point, the big new Vampire Survivors Arcana update adds the long-promised “major new gameplay mechanic“, which Poncle now reveals as power-ups. By finding the Randomazzo in Stage 4, players can unlock up to six major Arcana buffs – including the likes of critical attacks, improved healing, and even mid-match revivals.

Poncle describes this update as “the real Early Access content”, as the introduction of Arcanas is apparently “largely untested due to the large amount of interactions it could have”. The developer assumes there will be “major changes” to this mechanic in future updates, but hopes players will still “have fun finding new ways to break the game and reach 1 fps again”.

Players were also promised a new weapon, and this is the Gatti Amari – a swarm of cats, which comes as default with the new witch character Giovanna. When activated, these cats run all about the screen, damaging everything they see, and can even get into cartoon-like scuffles with each other – which causes area-of-effect damage.

Here’s what the Gatti Amari power looks like in action: 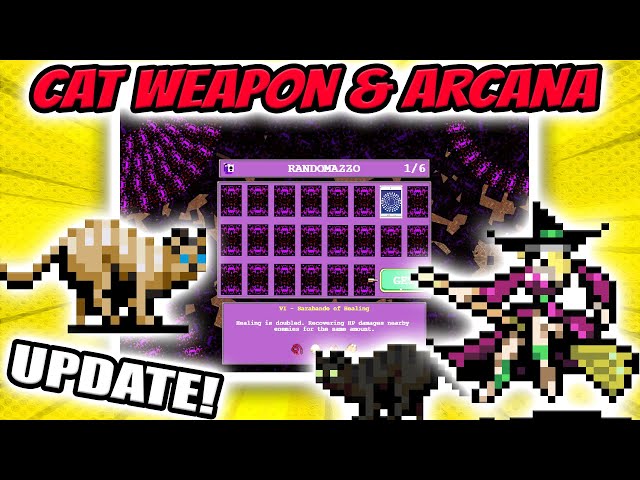 To unlock all secret characters in Vampire Survivors, head to that link.