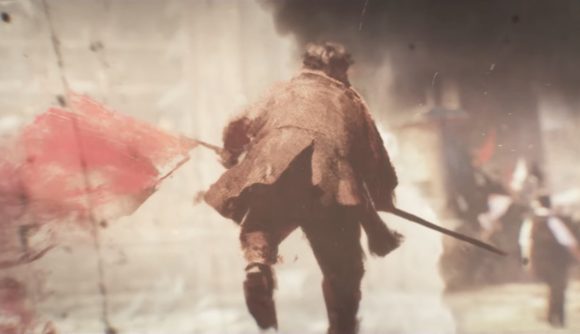 One of the new systems that will be introduced in Victoria 3 handles revolutions, which is what happens when enough people in your nation get so sick of you that they take up arms to depose you. In a grand strategy game as complex as Victoria 3 is shaping up to be, it’s certainly not hard to imagine having a game go that sour, but the good news is that you’ve got a way out: you can opt to switch sides and join the revolutionaries.

As Victoria 3 lead designer Mikael Andersson explains in the latest dev diary, this is a risky move: whichever side winds up losing in the revolution gets completely annexed by the other, and it’s game over. However, if you’ve been a particularly inept ruler and things are looking pretty dire, you’ll be able to jump ship and take control of the revolutionary side during the diplomatic play phase of escalation.

The way revolutions start up looks interesting, too. Movements arise when some segment of your population wants a change to your laws. They might want to restore something you’ve changed, they might want to prevent you from changing something, or they might want something completely new – maybe universal suffrage, or workplace safety standards.

As the diary explains, there are two key elements to each movement: how much support it has, and how radicalised it is. Support is a rough measure of how big a chunk of your population the movement represents, whilst radicalism measures how likely the movement is to revolt.

Depending on what kind of movement you find yourself dealing with, it will have varying levels of support contributed by your nation’s interest groups. Pops that belong to the movement will gain radicals as long as its demands go unmet, so the likelihood of violent revolution goes up over time on its own.

However, if you can figure out who’s radicalising and why, you can potentially address their concerns and cause the march toward revolution to fizzle out before it gets to the barricading the streets phase.

Of course, revolutions also create political opportunities for your enemies. Anyone with an interest in your part of the world could potentially lend support to the revolutionaries, while your ideological comrades might swoop in to help you out, too. With the right kind of mismanagement, you could find yourself hosting a major proxy war for some of the world’s great powers.

There’s still no official word on a Victoria 3 release date, but we’re holding out hope we’ll be able to play it this year.