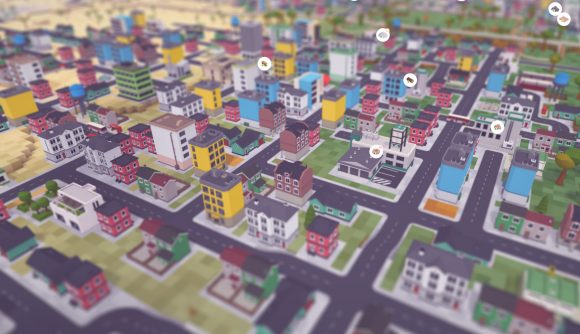 Take the (theoretically) endless maps of Minecraft and add in the strategic crunchiness of a good transportation management game, and what you’d get would be something an awful lot like Voxel Tycoon. It’s a cheerful-looking management simulation game that just goes… and goes… and goes… forever, effectively. There are no boundaries; you can keep building your network infinitely.

Voxel Tycoon entered Early Access last month and became one of April’s top Steam launches, just behind Total War: Rome Remastered – not bad for a little indie economy management game, right? It’s not hard to see why it’s drawn so much attention, though: the bright, simple art style and minimalistic UI mask a surprisingly meaty simulation, and one that continues to generate new regions for you to unlock and reach for as long as you play.

Your job is to set up and manage a logistics network, connecting cities and resource extraction sites using roads and rail. You’ll set up bus networks and trucking schedules to ship ores from the mines where they’re extracted to factories that will use them in finished products. There are more than 50 vehicles to use, and they range from steam-era locomotives to modern electric engines. 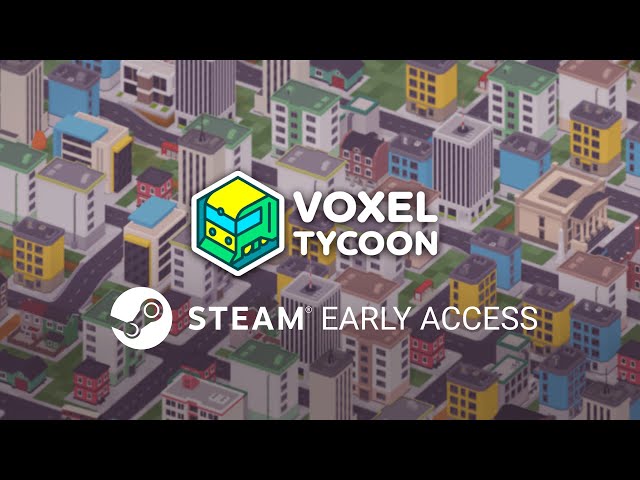 The idea is to fuel the growth of cities, and you can even help kick-start a community’s development by making large grants of your own cash, if development is moving too slowly in a region.

There’s tonnes to do – and move – in Voxel Tycoon, and the sky’s the limit on how big your empire grows. It’s one that’s well worth checking out – and it’s just getting going. The developers estimate Voxel Tycoon will be in Early Access for at least two years, but the current build is already very playable.