The next major expansion for Warframe has been revealed. It’s called Fortuna and will take players to Venus, where they’ll be able to fight new enemies and zip around the alien open world on speedy, customizable hoverboards.

Fortuna is the name of Venus’ Debt Internment Colony, and it’s inhabited by a faction of cyborgs called Solaris United. It’s a trading hub for the region, and players will start here in a quest to free the planet of its Corpus occupiers. There are new enemies to face from the Corpus, including gigantic bases built in spider-bots that actually function as bosses in the game.

If Warframe’s sci-fi universe excites your imagination, have a look at our list of the best space games to play on PC.

But the new expansion isn’t the only announcement Digital Extremes made during the TennoLive wrap-up stream for TennoCon. The company also announced Operation Railjack, a separate future expansion focused on spaceflight. Once it’s live, players will be able to form a party and board a warship on a planet’s surface and launch into space, balancing shipboard roles as they explore and take down enemies.

Digital Extremes said Railjack will let players launch Archwings from their ships during combat, and board and infiltrate enemy warships in the midst of battle – a bit like a pirate boarding party. 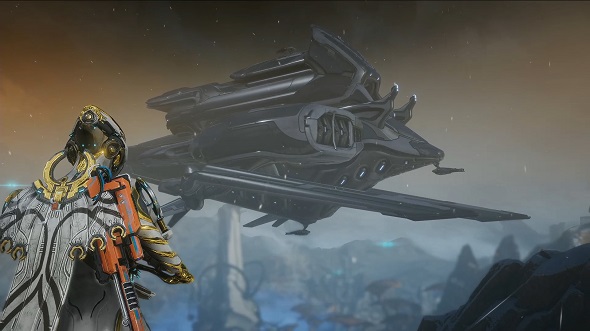 But perhaps most excitingly of all, Railjack will actually tie all of Warframe’s environments together, letting players seamlessly move between the game’s linear levels, its open world landscapes, and engage in space battles in the void between these environments.

Digital Extremes says Fortuna is coming this fall, and they’re adding an impressive amount of new content with the expansion. Beyond the new open-world planet and enemies, you’ll be able to track and call native fauna, mimicking their mating calls and then tranquilizing them to send off to a Metal Gear Solid V-style conservation facility. There are new frames on the way too, along with new weapons and prime versions. And of course there’s the new Bondi-K Drive, hoverboards that you’ll be able to pull tricks on and customize.

All in all, it looks like there’s going to be plenty of new Warframe between now and next year’s TennoCon.