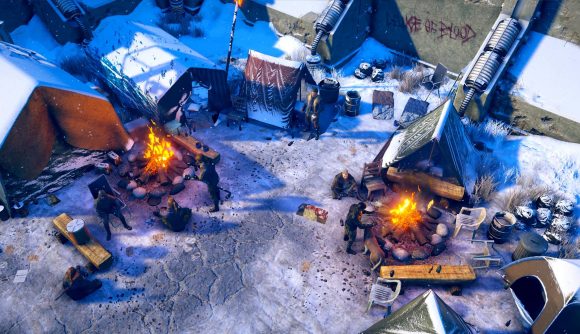 Long loading screens are a major bummer, let’s face it, and nobody wants to sit there drumming their fingers on their desk after they’ve just gotten geared up to wipe out a bloodthirsty cult of Reagan-worshippers in the icy mountains of Wasteland 3. Fortunately, the RPG game has a new patch out that addresses the game’s long loading times, cutting them by up to 60% on PC.

On both Steam and GOG, you can download Wasteland 3 patch 1.1.2 now, which inXile has jokingly titled ‘Save Scummers Delight.” The reduced load times were a pretty significant task: inXile says its engineers rewrote the game’s process for level loading, and in testing environments it’s led to 38 seconds of loading cut down to just 13.

The developer notes that “your hardware, save data, and which level you’re loading into can all impact load times” and thus “your mileage may of course vary.” You’ll notice, too, that auto-saving won’t happen as part of the initial load-in of the level, but instead will take place as a separate concurrent process – which may mean you’ll load into a scene before the auto-save has completed. As long as you don’t close Wasteland 3 while the little Ranger star badge is spinning, you’ll be okay.

InXile has also fixed a few progression-halting bugs in Wasteland 3’s story, made it so that the game doesn’t crash if you try to quit while Major Prasad is talking, and repaired some problems with text-to-speech and speech-to-text systems in the game. You can read the full list of patch notes at the official site.

Gina loved the game, but the load times were enough of an issue that she noted them in our Wasteland 3 review – although they weren’t serious enough to impact the 9/10 score she awarded it.