Wondering what the best Watch Dogs Legion PC settings are for hitting 60fps on a relatively average PC build? Ubisoft has made massive improvements to its PC graphics options over the past few years and you would be hard-pushed to complain about the number of sliders available for tweaking. Watch Dogs Legion even boasts a benchmarking tool that makes suggestions as to what settings you can turn down based on the VRAM, CPU, and GPU impact. However, the benchmarking tool doesn’t exactly put Watch Dogs: Legion through its paces – the neat little shootout in Camden Market it shows off doesn’t compare to speeding through the city streets or having a punch-up in Piccadilly Circus.

Ordinarily, we’d have a test bench up and running with a few different graphics cards to test out, but as we’re all working from home, I can only really feedback how my rig is coping and offer some suggestions for quick and easy performance boosts.

Thankfully many of the woes PC players have reported should now be resolved thanks to Nvidia’s latest drivers. In our case, performance has increased considerably, by an average of 15-20fps in the benchmarking tool, although we’re still witnessing big drops out in the open world. In any case, we’ve put the benchmarking tool to work and tested the game out in some of the most demanding situations to tell you what settings hurt performance the most and how to hit a steady 60fps.

Before we crack on though, we should probably go over our build so you know what you’re comparing your performance to:

Running everything on ultra, with ray tracing off, we were able to hit an average fps of just over 60 using the benchmarking tool, which is not too bad. However, as many players have reported, the minimum fps can regularly dip to around 30, which just won’t cut it for many. There is also a massive performance difference between relatively closed off areas where you’re on foot (where we can easily hit 70-80fps) and open areas of the city. The benchmarking tool can be quite misleading as most of the scenes it shows off take place in a pedestrianised market area. Using FRAPS out in some of the most demanding areas of the city our average using the same settings was just 43fps. 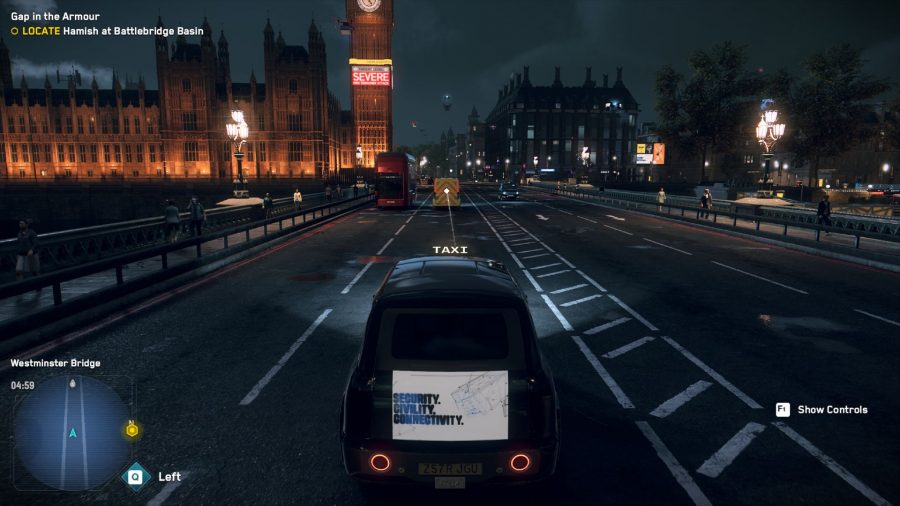 With ray tracing on ultra, and most other settings at very high we were able to hit an average of 54fps in the benchmarking tool, which wouldn’t be too shabby if it didn’t dip to around 26fps at some points. We would also add that the graphical improvement was nowhere near good enough to justify the performance dip. We have done some finetuning, however, to find the balance that works best.

What are the best settings for 60fps in Watch Dogs Legion?

We’ll kick off in the most obvious spot: ray tracing…

Watch Dogs Legion has three tracing settings and four DLSS settings. This shouldn’t need saying, but the biggest impact on performance comes when turning ray tracing on, especially if you set it to ultra. It does make puddles and reflections more organic and help immerse you in the world a little better, but it’s a huge performance cost for a relatively minor graphical bump.

It’s also worth adding that ray tracing and DLSS can make the game look worse than just cranking the standard settings up to ultra. Running ray tracing on medium for example, makes puddles look muddy and still has a hefty impact on performance. Likewise, DLSS has issues across all of its settings. On ‘ultra performance’ it makes the entire scene fuzzy and you can spot glitches all over the place, while on ‘quality’ the sky will still look unnatural and blurry while driving. Comparing all of the DLSS settings on FRAPS benchmarks shows little to no difference in performance, and in some cases made it significantly worse.

The best setting of the lot was ‘balanced’, which felt steady, returned an average fps of 40 while speeding around and bumping into things, and looked pretty sharp other than the odd patch of noise better.

Running through the presets with a robust slice of gameplay that includes fist fights and high speed driving in large, open areas, we got the following fps averages:

The parity of low and medium settings is curious, but we ran both tests multiple times and the average is held up. Besides, the game looks much, much more palatable in medium than it does on low, so it’s good to see there’s little performance difference.

The biggest jump is between high and medium, followed by the gap between very high and high. The key graphics settings tweaks in these presets are texture resolution, reflections, and shadows.

We found that ‘high’ preset, but with shadows and reflections on medium, returned the best graphical performance for the frame rate, with a steady and comfortable 55fps. 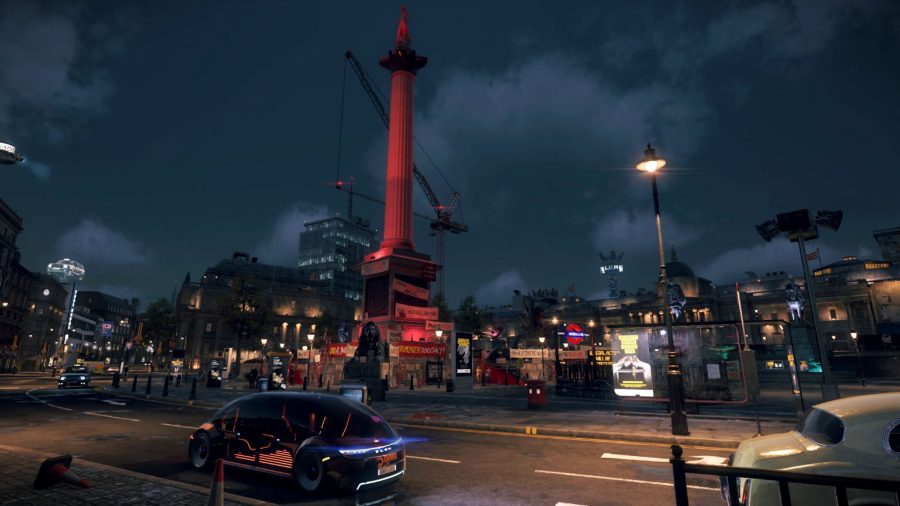 Continuing with the ‘high’ preset, putting the shadows down to low got us up to 59fps, and following that by turning reflections down to low as well resulted in a smooth average of 61fps. The difference between medium and low for shadows and reflections is pretty tricky to spot, whereas there’s a much more noticeable dip when you go down from high or very high – if you’re already running medium then low is basically free frames.

Be warned, if you enjoy pretty water graphics then medium and low make the Thames look like it’s full of treacle, so adjust accordingly.

If you can help it, stay away from low and lowest, as these two are noticeably worse than medium. You’d struggle to spot the difference between medium and ultra when it comes to texture resolution in-game, so this can be a good way to save some frames, not to mention your VRAM limit.

Texture filtering is very different, and if you can help it, leave this at ultra as many textures immediately become blurry as you scale down to the ‘very high’ setting. 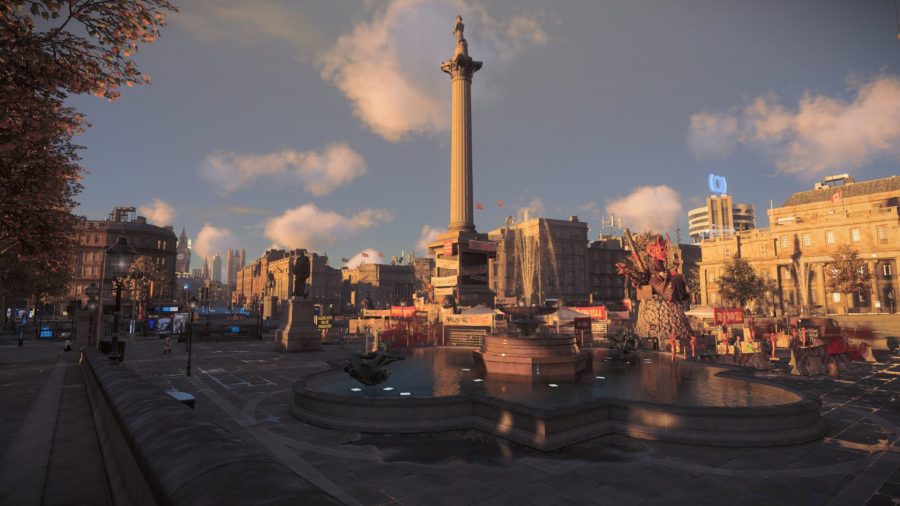 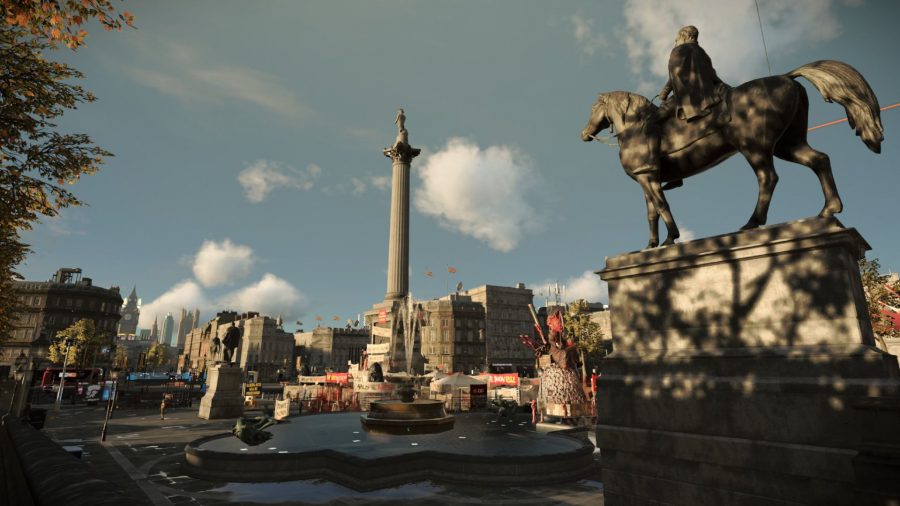 Depending on your performance wants and needs, Geometry is one of the most scalable graphics options in game thanks to the ‘extra details’ option. If you’ve got the hardware headroom for it and you’re not struggling to run all other settings on very high, then we’d suggest popping geometry on ultra and playing about with the extra details option until you hit a sweet spot. It makes the world look a lot more realistic while driving around and in large open areas, although this is when the performance struggles the most, so treat with caution.

Leaving this on high is pretty necessary and you won’t gain much more performance by lowering it.

You’ll get a lot of pop in with grass and trees if you lower this down to medium or low, so we suggest leaving it at high where the performance cost is negligible compared to ultra.

Can you run it? Check the Watch Dogs Legion’s system requirements at PCGameBenchmark.