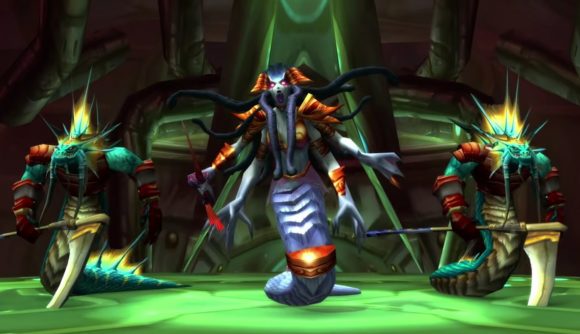 An issue in World of Warcraft Classic Burning Crusade that’s holding back PvP ranks is being fixed soon. Blizzard has acknowledged the problem in the MMORPG game, and promises a solution is on the way.

Posting on the official forums, user Axeswipe paid for a character clone of a level 60 Orc, but when one ranked up in regular Classic, the other in Burning Crusade Classic didn’t. One ranking up means the correct amount of honour was accumulated, and the glitch seems to just be happening within Burning Crusade. In the replies, a number of other players mention suffering the same thing.

Down the thread, community manager Randy ‘Kaivax’ Jordan responded, saying the devs have figured out what’s wrong. “Long story short – there was a bug. We had the correct rank in data, but it was being incorrectly calculated in Burning Crusade Classic,” he says. “We’ll have a hotfix for it early next week.” Another hotfix was already deployed this week, addressing the Blackrock Spire raid only allowing five-person teams when it’s supposed to be for ten. According to comments, the bug has been resolved.

Burning Crusade Classic only started this week, with pre-patch beginning on May 18. In anticipation, Blizzard introduced character cloning to make it easier to enjoy everything WoW Classic has to offer, and has since brought down the price for the service.

WoW Classic Burning Crusade kicks off properly June 1 or June 2, depending on your timezone.