WoW Classic, which takes you back to Azeroth 2006-style, launched just last week – and it looks like some plucky players have already conquered its two toughest foes. A guild called APES has tackled the mighty phase one raid bosses Ragnaros and Onyxia and won, in a world first just six days after WoW Classic’s release.

As spotted by AIPT, the Alliance guild APES has scored two impressive WoW Classic world firsts. The guild, playing on WoW Classic server Gehannas EU, has already reached level 60 and completed Molten Core, taking down its boss, the Firelord Ragnaros. According to WoW Head, APES took on the fiery boss with a squad of mostly level 60 players, though some were actually a little lower, using only three ‘tanks’ plus 12 healers to bring him down.

The very same hardcore squad then also went on to defeat Black Dragon Onyxia. As WoW Head highlights, following the Ragnaros victory, most of the APES guild was able to move onto Onyxia’s Lair, getting through the attunement needed to reach it, and score yet another big win, this time against the dragon – daughter of Deathwing the Destroyer. That’s an impressive result given how short a time the players have had to get levelled up since WoW Classic’s launch.

You can check out both the world first Onyxia and Ragnaros wins on YouTube, with the Ragnaros kill included below. 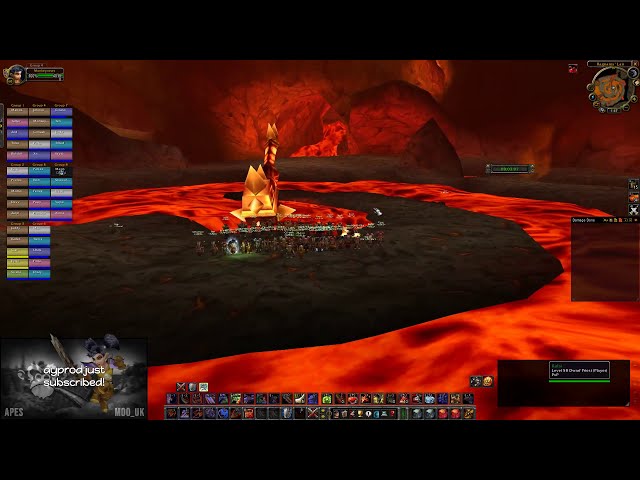 To get through the raids, the APES guild put together a team made up of mostly Warriors, Mages, Warlocks, and Paladins, plus a few Rogues, Warlocks, a Druid, and a Hunter. Their wins were convincing, but don’t think the challenges are easy – Ragnaros and Onyxia are tricky foes to fell.

If you’re looking to get into the game, check out our rundown of the best WoW Classic servers, WoW Classic leveling guide guide, and tips guide for new players venturing into 2006-style Azeroth for the first time.