While most of us were slowing down for the holiday period, getting ready for festivities and generally consuming too much port and cheese, World of Warcraft’s elite were prepping for one of the most important dates in the game’s calendar: the race to world first.

With the launch of every new WoW raid comes the race to beat the fresh content – in this case, Shadowlands’ Castle Nathria raid – on the highest possible difficulty, Mythic. The race to world first is a unique event in esports, and dominates Twitch for as long as it lasts. But this particular race to world first has endured a few unusual road bumps along the way, with delays to the expansion pushing the release of the Mythic raid tier back much later in 2020, and the pandemic meaning teams can’t meet in person.

Returning champions Complexity-Limit had their work cut out, but they managed to cling on and retain the trophy, becoming the first raid group in the world to take down final boss Sire Denathrius on December 23. With over 220,000 peak concurrent viewers on Complexity-Limit’s Twitch channels alone, this has been one of the most viewed races yet.

We sat down in the new year with guild officer Xyronic to find out more about the challenges the team faced in 2020, how Castle Nathria shapes up for competitive raiding, and how he feels about the Shadowlands experience generally.

PCGN: First off, congratulations on the win! Was there any additional pressure going into this raid as returning champions?

Xyronic: I don’t think there was any added pressure on ourselves, but we knew that Echo, Method’s old team, was kind of on a revenge tour. They lost last time for the first time in years, so they were preparing at an insane pace and really wanted to get the win back, so a lot of the extra pressure came from them.

For the last few tiers Complexity-Limit have met, raided, and streamed together in person. That wasn’t possible this year because of the pandemic – what impact did this have?

I think the biggest disadvantage was the strategy aspect of it. When everyone’s at home and you go on a food break, everyone gets up from the computer and goes and does their own thing. But when we’re together we’re talking on our breaks the entire time. That’s 45 minutes of extra strategy. Whenever we sat back down, we had a more refined idea of what we’re planning on doing. Losing that sucks. 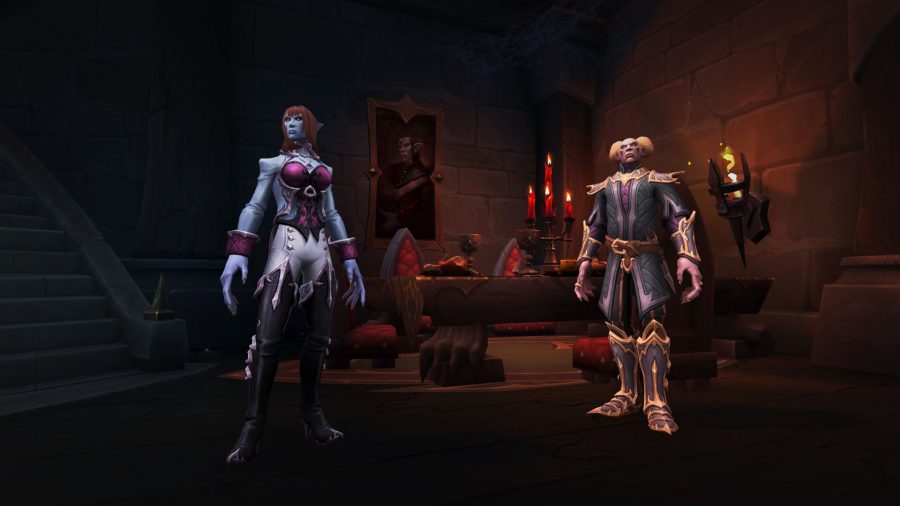 The delay to Shadowlands pushed back the whole raid tier. How did you feel about raiding so close to the holidays?

Realistically, if we did have to raid on Christmas or New Year’s, we would’ve done it. For a lot of us this is our full-time job now, so having to miss out on a holiday is kind of ‘whatever’ in the grand scheme of things, especially if it means we can still be the best in the world at something. It definitely was a little frustrating, but I think it makes sense for [Blizzard]. They had to get the expansion out for the end of the year, after all.

Did any other guilds surprise you this time around? Anyone nipping at your heels you didn’t expect?

I don’t think anyone expected Method to do as well as they did after their complete rebuild. For them to come back with pretty much a brand-new squad and take world seventh was pretty impressive.

It means raiding 12-14 hours a day, we've had three years to perfect it

It’s pretty difficult for other guilds that haven’t really gone for world first before. It means raiding 12-14 hours a day. We’ve had three years to perfect it. Same thing for Echo. So whenever guilds like Pieces, or even BDGG, start going for world first, it’s going to take a few tiers for them to get used to it. For BDGG, this was their first time going for world first on an actual 80-hour week schedule and they got world ninth, which I think is their best finish ever for a world ranking.

But looking at the rankings I think the one guild that stands out the most to me is FatSharkYes. They ranked world fourth and they do not raid on that 12-hour schedule – I think they’re only on six or seven hours a day. If they ever choose to actually go for world first, I think they could be right up there with Limit and Echo. 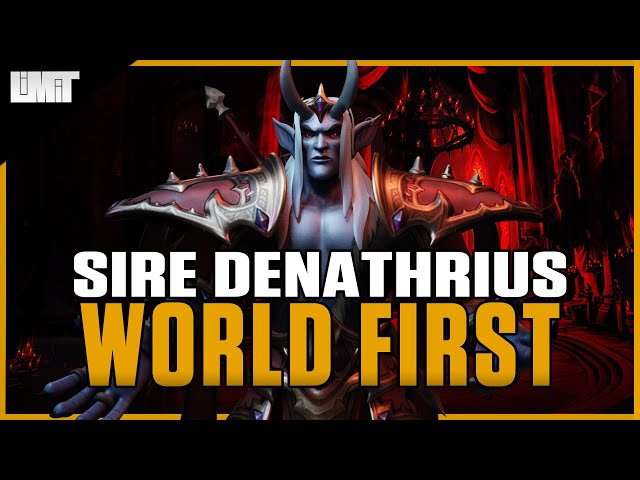 Say what you want about Battle for Azeroth, but the raids were held in pretty high regard. How does Castle Nathria hold up?

After we killed the eighth boss, Sludgefist, everyone was incredibly impressed with how well Blizzard got the tuning down for all the bosses. Sludgefist was just a straight-up DPS encounter, and for them to actually tune a boss so you can only barely kill it right as it’s about to kill you is pretty impressive. Everyone was really happy, but then we got to the next boss, Stone Legion Generals, and all of that went right down the drain.

we knew that Echo, Method's old team, was kind of on a revenge tour

Everything was doable, but it was very painstaking to get through. The fight was just completely random. You didn’t know what order mechanics would happen in, so it was really hard to prepare for. I would say at least half of our progress was lost to abilities just happening in an order that we’d never seen before. It’s really hard to do things on the fly, rather than have a thought-out plan. We had to painstakingly go through a process of figuring out how the different ability orders would work. It was very slow.

But in terms of what I thought was impressive about Castle Nathria, I think Artificer Xy’mox is a really interesting fight. It’s not particularly difficult, but the way the boss throws mechanics at you all at once, yet the fight doesn’t seem too crazy and is actually playable, is really interesting. That fight is a lot of fun. 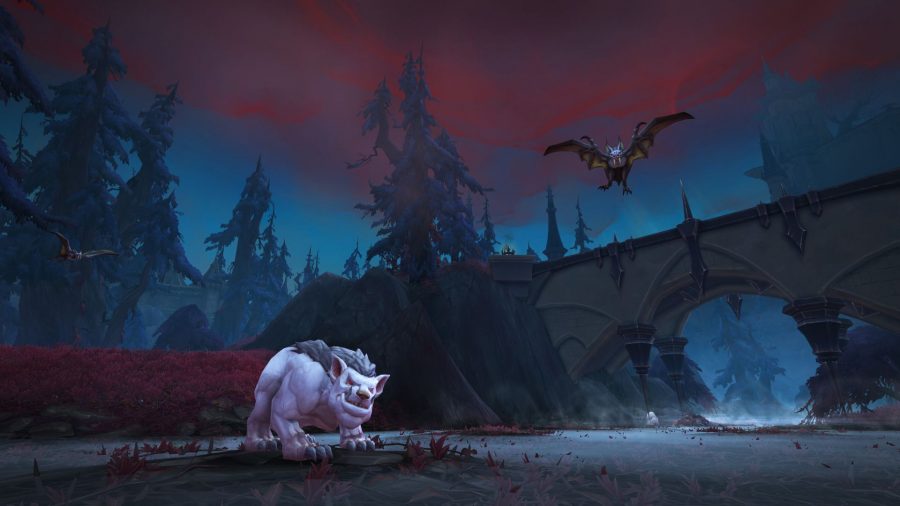 I know there were concerns early on with the strength of different Covenant abilities and Soulbinds, was that a factor in the end? Did anyone have to swap Covenants in the middle of the run for better abilities?

Thankfully, no. A lot of our concerns with that system died when they decided to nerf the more overpowered abilities. Even if you did make a Covenant decision that wasn’t the best, it was probably less than a 1% difference for most classes.

Read more:
The best MMOs on PC
How to choose your WoW Shadowlands Covenant
The best WoW addons

There were a couple that swapped out abilities, but they were personal choices of the players rather than anything mandated. Our Holy Paladins initially played Kyrian, but we found out that the Venthyr ability, Ashen Hollow, was just an insane raid cooldown, and being able to do so much healing and damage every four minutes trumped whatever Kyrian had to offer. 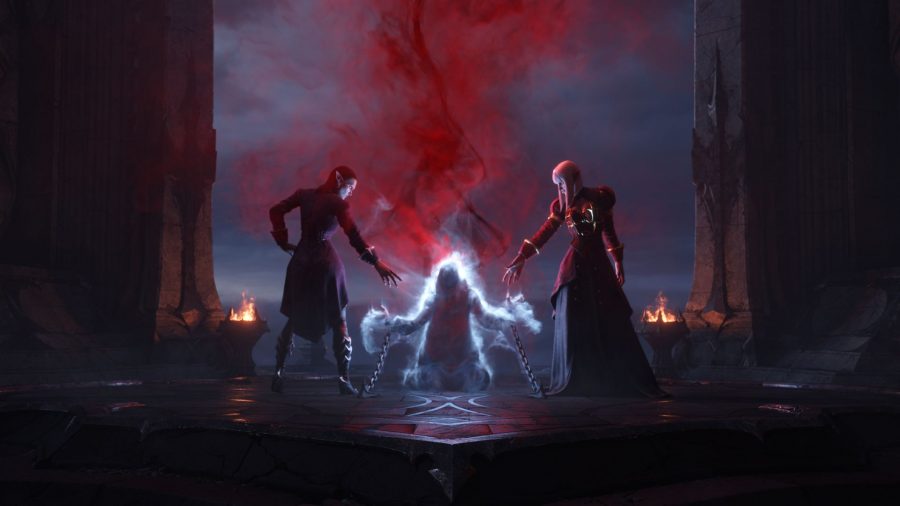 How do you see the expansion more generally compared to Battle for Azeroth?

I think this is a pretty well-shared sentiment between everyone playing right now. A lot of us were really concerned with some of the design decisions they were making, especially throughout the Shadowlands beta, but Blizzard has done a pretty damn good job pulling everything together and making this expansion fun. I’m having a lot of fun with it, even outside of the raid.

Looking forward to 9.1 then, are there any specific mechanics or concepts you’d like to see in the next raid?

I’ve never really cared too much about specific mechanics. So long as there are new concepts and ideas from the encounter, that’s always fun for me.

WoW’s been around for almost 20 years now, so any time they can come up with some fresh concept or some cool new mechanic that’s not just copied and pasted from a previous boss, then it’s got my interest. I’d just like to see a bit more polish next time. That Stone Legion Generals fight really impacted the entire raid, so I hope they learn from that.