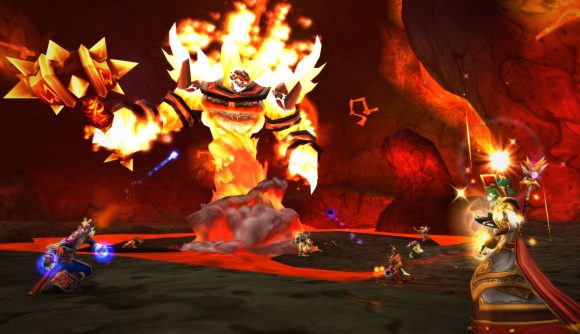 While World of Warcraft Classic’s graphics are, naturally, a step back from the modern MMORPG’s (it being a recreation of the 2006 version of the game), some of its features are visually very memorable. For example, its nifty little spell icons. They might only play a small part in the game, but it seems they have quite a hold over the community, as one player has started animating them, and WoW Classic fans are very excited about it.

Freelance animator Ola ‘Jumpkut’ Tandstad has started posting animations of WoW Classic icons they’ve created on the old-school RPG game’s subreddit, and upvotes for the latest ones are into the thousands. For example, the animation for the Bloodlust icon – which you can check out below – has hit 6.7k upvotes in less than 24 hours, as of writing, and players are chiming in with excited squeals of “Awrarwrarrarrrarrwaaa!” and “RAWRAWRAWR” in reply.

The animation itself is gorgeous – chunky, cackling, and dripping with streams of the red stuff, it brings the Horde Shaman spell to life, capturing its menacing vibe.

Similarly, last week the animator posted their version of Renew – the Priest healing spell – on Reddit, and it’s also topped 6.2k upvotes in that time. The similarity ends there, though, as the Renew animation instead reflects its more serene purpose, with magical green effects and mystical music playing. Tandstad has also posted a campfire animation, which you can check out here (and you should; it crackles very pleasingly).

As for whether you’ll be able to add them into the game, a user called Charak-V has converted the Renew version into a ‘weakaura’ – a WoW add-on that lets you customise a whole bunch of aspects of the game – which you can see in action here. There are also some gif versions of the Bloodlust and Renew icons at those links.

It looks likely we’ll see more arrive, too, as the creator says ‘stay tuned!’ in reply to a user asking them to keep the animations coming, linking to their Instagram page where you can follow their work. While you wait, check out our WoW Classic servers, WoW Classic add-ons, and WoW Classic leveling guides for some handy tips.