For the next month or so, you can support Doctors Without Borders in order to win yourself a cute World of Warcraft animal companion. A charity pet drive invites players to make any donation, and if enough is reached, everyone in the MMORPG game will get a pet monkey or a pet sloth.

Blizzard launched the World of Warcraft Charity Pet initiative this week, hoping to attract a little goodwill from players by offering a pair of adorable pets. The exchange is simple: give what you can to Doctors Without Borders/Médecins Sans Frontières (MSF), and when half a million is crossed, Bubbles the monkey is unlocked, and when one million is covered, Daisy the sloth becomes available.

Specifically, the funds are heading to the organisation’s COVID-19 Crisis Fund, helping to assist and treat those who have been affected by the virus, and otherwise slow down the spread of the infection. Donations help create safezones, and secure much needed supplies and equipment You can donate through the official DonorDrive link, and you have until April 26 to take part.

Should they be unlocked, Bubbles, who has a “gentle disposition” that makes him a great companion on your journeys, and Daisy, who’ll mostly be hanging from your shoulders on adventures, can be claimed through your Battle.net account before August 1, 2021. 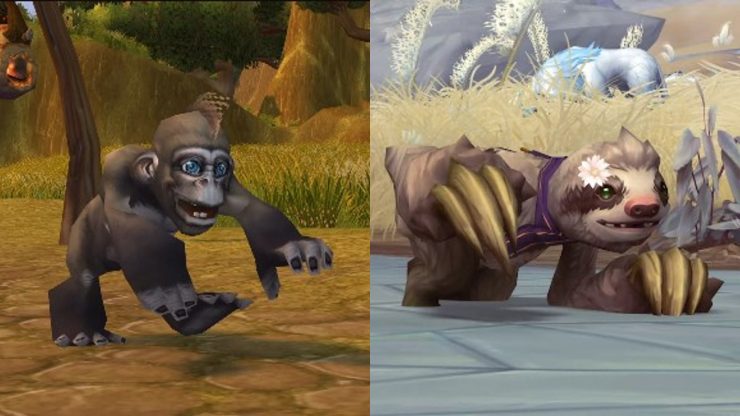 We found out during this year’s during BlizzConLine that Chains of Domination is the first major update for World of Warcraft: Shadowlands. WoW Classic has Burning Crusade on the way this year, meaning exciting times for everyone and their sloth and monkey friends in the future.